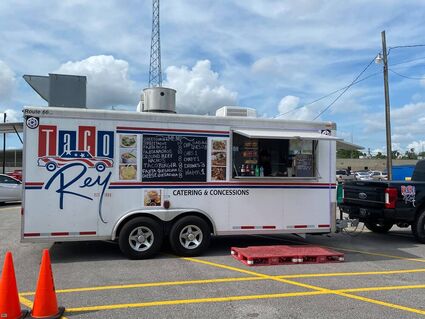 The latest fundraising effort to help Orange County’s least fortunate has taken off like a bottle rocket on the Fourth of July.

“We have had overwhelming response,” Michelle Tubbleville said of “Food Truck Friday,” a weekly event that has seemingly outgrown its beginnings in just two weeks.

Food Truck Friday is sponsored by Orange County Disaster Rebuild, a non-profit started by Tubbleville, a longtime county employee moved to Special Projects Coordinator to help with those hurting after hurricanes, tropical storms and other local disasters.

The idea is to provide in-demand food alternatives while making money for OC Disaster Rebuild. Food trucks donate to the charity for the right to participate.

The money goes through case management at OC Disaster Rebuild to keep the money going to the people who need it most, Tubbleville said.

The weekly event takes place from 11 a.m. to 2 p.m. Fridays in the parking lot between the County Courthouse and Administration Building.

“We always try to do a “sweet” truck and a food truck,” Tubbleville said. “People like food trucks, carnival food. I thought it would benefit the downtown area and be a good fundraiser for us.”

Food Truck Friday sold out of every food item in its debut June 25.

“People in downtown really love it,” Tubbleville said. “We have a lot of people showing up from the Sheriff’s Office, Courthouse employees and city employees and Stark Foundation employees from downtown.

“Now we’re trying to get two food trucks down there per week.”

The first week featured trucks from Pink Lady and Funnel’d.

“The Pink Lady had Cajun food, gumbo, etouffee, sliders and desserts and they sold out of everything. Funnel’d sold more than 200 funnel cakes,” Tubbleville said.

“Some people ordered two, others ordered five. There was a big rush.” 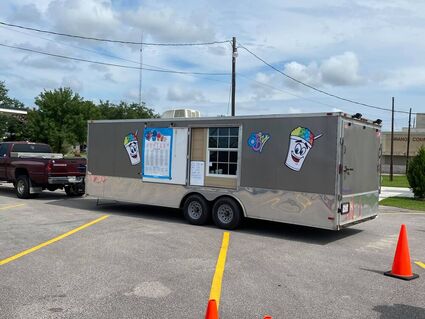 “It’s kind of hard to keep up. That’s why we’re trying to get two food trucks there,” Tubbleville said.

Because of the heat, she’s looking at maybe taking a break during the month of August. Maybe not.

“We keep trying to improve it,” she said. “Maybe we’ll bring in some entertainers.”

Businesses interested in taking part in Food Truck Fridays or helping Orange County Disaster Rebuild in other ways should call 409-745-9719.