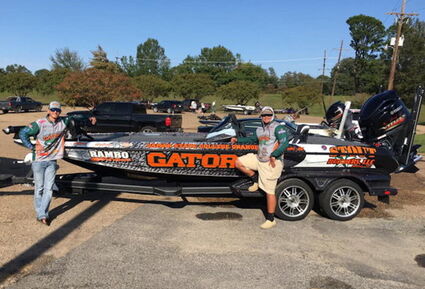 Texas B.A.S.S. Nation’s College National Championship Qualifier will take off July 9-10 at 6 a.m. each morning at the Orange Boat Ramp on the Sabine River and weigh-in there at 3 p.m. each afternoon.

The winning two-man team will earn a trip to Waddington, N.Y., to fish in the Aug. 12-14 Carhartt Bassmaster National College Championships on the St. Lawrence River.

Lamar State College Orange, which is helping host the local event, has already qualified one team for the national tournament, Jack Tindel and Brett Fregia.

Fishing for the second-year Gators club will be the teams of Trace Moore and Kaiden Dubose; Trent Buchholz and Dakota Posey.

Teams were allowed to practice on the water from Monday through Thursday, July 5-8. The tourney is open to college teams from all over the country and Jessica Hill, executive director of the Orange County Economic Development Corporation, had said a couple of months ago that organizers hoped for a couple hundred teams to enter.

Celestine said because the tournament was only announced about two months ago, preregistration totals “were not huge.” 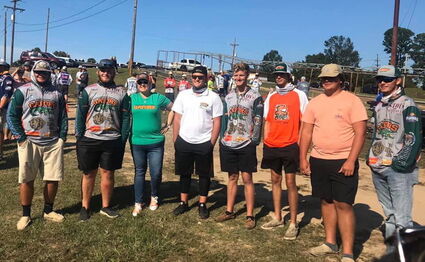 “We were approached to host this in early March and we were hoping to be able to have a carnival, and an atmosphere like at the Bassmaster Elite tournaments.

But we met with Jessica Hill and [the City of Orange’s] Leigh Anne Dallas and there wasn’t time to get one together.”

“There’s a lot of red tape for college teams to travel and it’s hard to do on short notice,” Celestine said “This is the first college fishing tournament in Orange and we’re already putting in to see if we can host a second one next year, hopefully early in March 2022.”