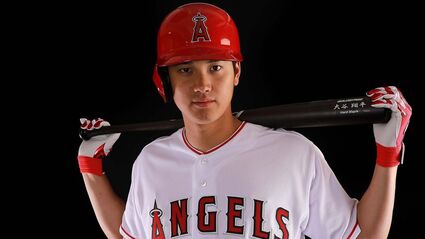 When all nine justices of the U.S. Supreme Court acted unanimously last week to decide that the NCAA's $5,000 limit on the education-related benefits that athletes can receive violates federal anti-trust laws, it opened a clear new path for collegiate athletes to receive compensation for their name, image and likeness (NIL) while playing their sport for their college or university.

"This led to the NCAA Board of Directors approving one of the biggest changes in the history of college athletics last Wednesday, clearing the way for nearly a half-million athletes to start earning money based on their fame and celebrity without fear of endangering their eligibility or putting their school in jeopardy of violating amateurism rules that have stood for decades," the Associated Press wrote in their Thursday editions.

However, the ruling didn't address the bigger question of whether the supposedly "amateur" players who enable the multibillion-dollar college athletics industry are entitled to be paid for their labor-or at least not barred from endorsement deals.

Colleges and universities rake in millions from television deals plus donations from the alumni members annually who are hell-bent to watch their alma mater's victories. But the NCAA makes darned sure to share as little of this bounty as possible with the student/athletes who make it all possible-until last week's rulings.

It's always been known that almost two-thirds of male Division I NCAA players believe they will play professional sports. But in reality, the percentage that ends up playing for an MLB, NFL, NHL or NBA team is in the low single-digits.

For nearly a century, a college athlete would be in trouble with the NCAA if he or she accepted cash to play a sport while going to college in the United States.

This athlete would be hurting himself, his school and its fanbase, the high-rolling big-money boosters and the squeaky-clean image of college sports.

Last week's NIL ruling watered down the NCAA's usefulness because a majority of its duty was to patrol the colleges and university like a new sheriff in town looking for teams or athletes breaking some off-the-wall rule.

This could very easily open the marketplace for "agents" to scout for opportunities that college athletes-or even blue-chip high school athletes deciding on what school he or she will choose-might endorse once they enter the school of their choice.

And if certain schools have more athletes than others who have landed lucrative endorsements, it may persuade high school seniors to accept their scholarship offer rather than the school they originally intended to sign with.

But these blue-chip college prospects may need some professional guidance to avoid bad deals, broken promises and situations where a young athlete could be taken advantage of by some slick-talking company representative promising the moon.

Some of the ambitious college star athletes used last year's pandemic down time to become entrepreneurs on social media and are now ready to profit off their fame with the new law.

Fresno State's twin-sister basketball stars Haley and Hanna Cavinder generated a huge social media following during the pandemic and are ready to translate their popularity into profit. The 5-foot-6 identical twins, who posted similar stats for Fresno State as sophomores last season, are perfect examples of how the NIL market can be a cash cow for more than just star quarterbacks and point guards.

Athletes attending Lamar University in Beaumont and McNeese State in Lake Charles should be able to cash in on their social media accounts, by signing autographs (started by Johnny Manziel at Texas A&M), endorsing local advertising or even starting their own business.

Something that hasn't changed by the new rule is that colleges and universities still will not be allowed to pay player's salaries, and athletes will not be permitted to accept money from anyone in exchange for enrolling at one school instead of another, according to an article written last week by the New York Times.

Last week's NIL ruling could very well be a means of lining the pockets of college athletes and defunding somewhat the NCAA!!!

KWICKIES...Despite making a hole-in-one Saturday which gave him a three-shot lead in last weekend's Rocket Mortgage Classic at the Detroit Golf Club, Troy Merritt finished the 72- hole PGA Tour tournament in a three-way tie with Joaquin Niemann and Australian Cam Davis. Merritt was defeated on the fifth sudden-death playoff hole by Davis when he missed a six-foot par putt. It was the 26-year-old Davis' first PGA Tour victory which netted him $1.35 million while Merritt settled for $667,500.

The Los Angeles Angels version of Babe Ruth, Shohei Ohtani, is the first player in nearly a century selected to next week's All-Star Game as both a home run hitter and pitcher. He walloped a 459-foot home run Sunday-his 31st-- to help his team rally for a 6-5 victory over the Baltimore Orioles. Ohtani tied the major league record for the most home runs in a season by a Japanese-born player. He is batting .278 with 67 RBIs along with a 3-1 record and 3.60 ERA in 12 mound starts with 83 strikeouts in 60 innings.

And speaking of the upcoming All-Star Game, our Houston Astros led the major leagues with seven players named, but not one will be in the starting lineup unless reserve outfielder Michael Brantley, who leads the major leagues with a .340 batting average, is asked to replace injured Mike Trout in the outfield. Four Astros-Brantley, Jose Altuve, Carlos Correa and relief ace Ryan Pressly---were chosen as reserves. Do you think the voters may have been hostile about the 2017 Garbage Can Lid Scandal?

JUST BETWEEN US...The Houston Astros enjoyed their first off-day Monday after playing 20 grueling games in a row. The 20 games began with the Astros after the third win of their near-franchise record 11 straight victories before being halted by the lowly Detroit Tigers. Things got worse for Houston as they returned home to Minute Maid Park only to be swept by the pathetic Baltimore Orioles in four straight. But the Astros ended the 20 games the way they started with a four-game sweep of the Indians in Cleveland and began their homestand before the All-Star break last night against the challenging Oakland A's.