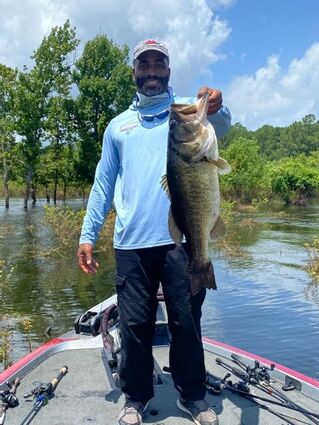 The pandemic interrupted one of the longest running saltwater tournaments in the state of Texas last year, but it is "game on" again starting at 5:00 p.m on the 16th and concluding at 2:00 p.m. on the

18th. The S.A.L.T. Club will renew its annual event this weekend and it promises to be bigger and better than ever.

This year's tournament not only caters to the entire family, but also features several new categories and $18,000 in cash and prizes as well. Some lucky youngster in the Junior Division will earn not only a shot at prize money and a trophy, but a drawing for a lifetime fishing license sponsored by High Tides as well.

Any youngster that simply weighs in a redfish, trout, flounder, sheepshead, black drum, croaker, pinfish or crab will be eligible for the drawing for the license.

The Offshore division is open again along with the Inshore Division and there is a ladies' division for the heaviest red, speck and trout. Added to the usual suspects in both the inshore and offshore divisions is cash for the red with the most spots, 21-inch Black jack red, heaviest live flounder and the heaviest Texas Slam.

The heaviest snapper, ling and king mackerel will each earn an angler a $750 check. The bottom line is that darn near anything that swims in the Gulf or Sabine Lake is worth prize money. For the first time ever, the club will also add a bass division. The total weight for three bass will net an angler $750.

Plan on staying for the final weigh-in as anyone that paid an entry will have a shot in the drawing for the Stan Armstrong Memorial $1000 grand prize sponsored by Chenier. You must be in attendance to win.

Kids under sixteen fish for free and adult entry fee is only $50. You can sign up today by simply going on the internet at saltclub.net.

While this is going to be a big weekend on the island, the S.A.L.T. Club members celebrated a significant accomplishment last Tuesday night. Through auctions and fundraisers the club donated local game wardens a whopping $105,000. Part of the impressive total was $17,500 used to

purchase a new drone that will aid them in everything from rescues to enforcing game laws.

The Club welcomes new members and meets at their clubhouse on Pleasure Island the first Tuesday of every month. The club house is a very nice facility and a good meal and guest speaker are part of every meeting!

At least one local bass fisherman has got it figured out and is not complaining about the high water on Rayburn or Toledo Bend. Melvin Dunn duped his personal best last weekend and in spite of the heat, he wasn't dragging a Carolina rig around in 25 feet of water.

"I really thought it was just a solid bass hung up in a bush until my son, Miko, got her by the lip and started pulling her out of the water," said Dunn, "More and more of that bass just kept clearing the surface and we instantly knew we had something special."

That something special proved to be Dunn's new personal best. "When we saw the scales light up at 10.83-pounds it took the better part of an hour for us to settle down.I've been looking for that fish for a long time!"

His secret is not really a secret at all.It is simply a matter of his not ignoring what was going on around him and then doing a better job of exploiting it than other anglers. "I caught this bass on Rayburn, but it could just as easily happened on Toledo Bend as the same pattern is working for us on both lakes," said Dunn.

Without divulging his choice of lures, depths or techniques, he says it has been a case of simply not abandoning flooded timber just because its summer time and the water is hot. "We noticed that the bream never moved out following the spawn so we figured that there was no reason for the

bass to leave either," stated Dunn.

His approach is obviously more sophisticated than simply tying on a worm and plowing through flooded brush, but believing those bass are there and not currently in a hurry to move out is the difference maker. "I hate to see the water go down as long as this pattern holds up," stated

Dunn, "but either way, I finally got the fish I have been looking for since the day I got serious about bass fishing!"