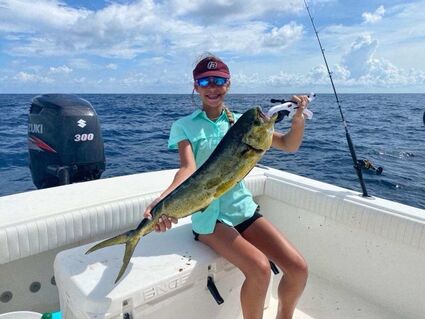 The slick surface of the lake was disrupted by skipping shrimp and the familiar sound of trout crashing the helpless crustaceans. Each cast with a soft plastic was met the familiar thump of an aggressive fish that thought they were much larger than they really were. One small trout after another continued to hammer the jigs and also continued to be too small. The next logical thought for catching bigger fish was to go to a topwater plug, which usually works well under these circumstances. Again the topwater plugs were struck repeatedly by the small fish and occasionally by what appeared to be much better fish. The problem with the topwater plug was the better fish would not come all the up to the surface and completely take the offering, instead they would just blow up on the plug leaving each angler waiting in suspense to see if the fish would actually come back and finish the job.

One blow up after another without a hook up on a better fish was more than anyone could stand, there had to be another lure that would produce more hook ups and better fish. At long last an old favorite was brought back out of retirement; the stick bait was now the lure of choice. This particular bait was a Bill Lewis model called a “Slapstick”, there are others like “Long A’s” and “Rogues” that work just as well. Stick baits can be worked in variety of different ways from just under the surface to as deep as a couple of feet. These plugs have a lip on the front of them that causes the bait to dart under the surface and have a side to side wobble that drives fish crazy. Under these conditions when the fish wouldn’t take the surface offering the stick bait works like magic.

For many years anglers down south have been weighting their topwater plugs so they would sit down in the water with just the top of the plug above the surface when the plug was not being retrieved. This was done so fish that would not commit to coming all the way to the top of the water would still have an opportunity to strike. Instead of going through the hassle of weighting the

plugs and re-engineering the bait many anglers just went back to old saltwater favorites and some other freshwater options. For many years anglers caught a ton of fish on chrome and blue or chrome and black broken back minnows from Rapala. Freshwater anglers have long known the fish catching abilities of the Rogue and the Long A so it was a natural progression to many anglers to use these style of baits.

As the popularity of these plugs grew many more saltwater manufacturers began to make their own variations of these plugs, now there plenty to choose from. There are always some really big trout that are caught each year on the stick baits and for whatever reason most of those fish are caught during the summer. Truth be known these plugs can be used anytime during the year and produce results. I am not sure why these plugs are not used more during the winter and early spring, they do well getting sluggish fish to give a reaction strike. I guess with the popularity of the baits like the Corky, Catch 2000, Catch 5 and others makes the versatile stick bait a second stringer.

This summer there will come a time when you just can’t get those fish to commit to a topwater and you know there are some big fish in the area. This is a perfect time to pull the old stick bait out of retirement and go “old school” on the fish. I am sure you will be pleasantly surprised at the results.