Most MLB teams improved with trades except Astros 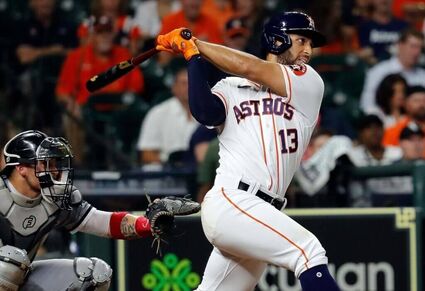 At the end of last month, our Houston Astros had a commanding six-game lead over the second-place Oakland Athletics in the American League West Division so they went for the jugular and bolstered their only apparent weakness—the inconsistent bullpen.

The Astros traded red-hot utility infielder Abraham Toro and a few minor league prospects to Seattle for closer Kendall Graveman and Rafael Montero and picked up Yimi Garcia and got J.F. Moton from Cleveland for their fastest outfielder Myles Straw.

Most of the teams that either were leading their respective division or were in contention for a wild card berth showed an immediate improvement.

Houston’s closest competition—the Oakland A’s—upgraded their depth with the acquisitions of outfielder Starling Marte, catcher/designated hitter Yan Gomes and infielder/outfielder Josh Harrison. Although the A’s streak of consecutive months with a winning record was snapped at 10 in July (11-13), they have won eight of their last 10 games.

The Philadelphia Phillies got the Texas Rangers best starting pitcher Kyle Gibson and closer Ian Kennedy and surrendered their top prospect Spencer Howard plus a couple of young prospects and won eight in a row going into last night’s action to secure their first-place position over the Atlanta Braves in the NL East Division.

The Braves, who also were active at the trade deadline, traded for outfielders Joc Pederson, Eddie Rosario from Cleveland, Adam Duvall from the Miami Marlins and Jorge Soler from Kansas City plus right-handed pitcher Richard Rodriguez from the Pittsburgh Pirates. The Braves have won seven of 10 games to hang in the NL East pennant race.

The New York Yankees, who were able to obtain sluggers Mike Rizzo from the Chicago Cubs and Joey Gallo from the Rangers, remained in the AL East wild card race with an 8-2 record in their last 10 games going into Monday’s action. Rizzo became just the seventh player in history to homer in his first two games as a Yankee.

The Cincinnati Reds, who are trying to overtake the Milwaukee Brewers in the NL Central Division, dealt to improve their shaky bullpen with LHP Justin Wilson and RHP Luis Cessa from the Yankees for a player to be named and RHP Mychal Givens from the Colorado Rockies for two minor league pitchers.

Houston is another story. Their trades for four relievers apparently weakened their offense immensely.

Between the trades and injuries, the Astros were missing five starters from their usual lineup with Straw and Toro traded and Alex Bregman, Yuli Gurriel on the IL and the major league’s leading hitter Michael Brantley recovering from an awkward collision at second base Sunday. Incidentally, Toro was hitting a torrid .425 last weekend for Seattle, his new team.

The Astros four new relievers haven’t seen too much save situations with the team winning only three games since the trading deadline.

One of the big reasons is that the starters have been giving up runs early, and with more players in the lineup from Class AAA Sugarland than from Houston, catching up has been almost impossible. The Astros bullpen has been used with the team behind much more than protecting a lead.

Houston continued their season-long malady of doing well against the top teams and getting whomped by the cellar-dwellers. Minnesota, 19 games behind at the bottom of the AL Central, visited Minute Maid Park and captured three-of-four from the Astros. Last night the Colorado Rockies came to town 20 games behind in the NL West.

The division lead of the Astros has dwindled to only two games ahead of Oakland. Houston hopes to get some of its injured players healthy so they can stave off the A’s and their current hot hand during this last quarter of the 2021 season.

KWICKIES…And while on the topic of the Astros, six members of the organization were inducted into the club’s Hall of Fame, most of whom were around before the team really got good. Cesar Cedeno, Billy Wagner, Roy Oswalt and Lance Berkman were honored, plus Bob Watson and former owner Judge Roy Hofheinz who were inducted posthumously before Saturday’s game against Minnesota. Watson was named the Astros first African-American general manager in 1994.

I enjoyed watching the Americans win the Olympics more than I first thought, especially when the USA defeated Japan for the gold in women’s basketball. Diana Taurasi and Sue Bird became the first basketball players to win five straight Olympic gold medals. I got a kick out of when the much shorter Japanese guards were pressing and Taurasi merely held the basketball over her head like the Statue of Liberty as the guards jumped unsuccessfully trying to get the ball.

It was no big surprise that five-time Most Valuable Player Peyton Manning was elected on the first ballot to the NFL Hall of Fame in Canton, Ohio Sunday. He was among a conglomeration of 19 inductees to highlight the week of festivities.

The college football world was saddened with the passing of Bobby Bowden, the longtime coach of Florida State. His successor, Jimbo Fisher noted, “He was so normal. He could make you feel like you knew him for 20 years in the first two minutes you ever talked to him.”

A tip of the Korner Kap to Bridge City native Matt Bryant who was selected by Trinity Valley Community College to its Hall of Fame recently. Bryant went on to have a great kicking career in the NFL before retiring at the tender age of 43. 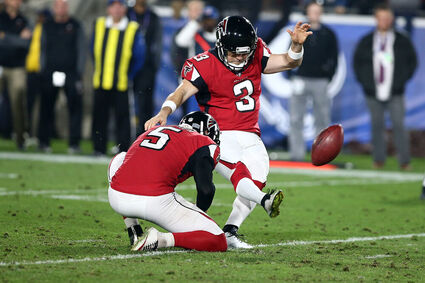 JUST BETWEEN US…Just like it’s been over the decades at this time of the year, the Texas A&M Aggies are preparing for the national championship in their final workouts this month. However, this year they should have a legitimate shot at this dream, finishing fourth in last year’s final NCAA poll with a 9-1 record and bringing back several of their defensive stalwarts. And with Head Coach Jimbo Fisher about to begin his fourth season at College Station, if things work out for him the same way they did at Florida State, a national championship is very possible. Fisher’s 2013 team won the national title in his fourth year at FSU and would like nothing better than to turn the trick at Aggieland. It looks to me like they will have to do the job strictly with defense, because A&M lacks a quarterback with any game experience. But stranger things have happened.