Guilty of Capital Murder or not guilty by reason of insanity 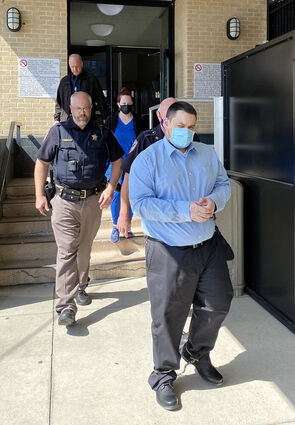 Update: It took a jury about three hours Thursday to find Yovhanis Roque guilty of Capital Murder for the death of his 2 year old daughter Savannah. As a result, he will automatically be sentenced to life in prison without the possibility of parole.

Trial testimony began Tuesday in the case of Yovahnis Roque,28,  who is accused of the February 2019 murder of his two-year-old daughter, Savannah.

The state is seeking Capital Murder charges. If found guilty, Roque could face up to life in prison without the possibility of parole.

However, Roque's defense attorney, Ryan Gertz, announced on behalf of his client, a plea of not guilty by reason of insanity.

Anderson then began laying out the facts of the case. He stated an officer was flagged down and was informed of the incident in the 500 block of Azalea. When the officer arrived at the residence, he found the defendant naked and covered in what was believed to be blood near the front door.

The officer ordered Roque down to the ground and crawl a short distance from the house before he was handcuffed. Officers entered the home to discover blood on various surfaces. They checked all the rooms before they went to the bedroom filled with little girl's toys which were strewn about. The door to the closet was open. Inside the closet is where they found Savannah's body next to a blood soaked pillow case, according to Anderson.

As Anderson went over the details of the injuries Savannah received, Roque covered his face with his hands and sobbed loudly.

Anderson also told jurors the autopsy revealed Savannah not only suffered from a large gash to her skull, but in addition had bruises, both old and new.

"Evidence will show he knew what he did was wrong," Anderson said at the conclusion of his opening statements.

Gertz stood and faced the jury and began his case by quoting Dr. Edward Gripon, who was appointed by the court to assess Roque's mental health.

"If Yovhanis Roque was not insane, then no one is insane," Gertz quoted Gripon.

Gertz added Roque's mental issues are more than abnormal. He told jurors Roque is now heavily medicated and the dosage is beyond what is considered a "normal" dosage.

Roque has a long family history of mental illness. In addition. Roque has had his own struggles too. Savannah's mother, Rachel Taylor, was killed by a drunk driver. She had brought him gas after he ran out along a Florida highway and was struck by the passing car. Roque was injured too and spent time recovering in a hospital. Upon his release he was suddenly a single father to an infant who was just 20 days old.

According to Gertz, Roque has tried to commit suicide six times and suffered from PTSD, delusions and hallucinations.

The day before the murder, Roque was digging a hole in the back yard of the residence for himself and his daughter because he feared the end of the world was imminent, Gertz said.

"No amount of blood photos will make him any less insane," Gertz concluded.

Admitted into evidence was a video from a police officer's body camera. While officers worked at the scene, Roque could be heard asking for clothes as he lay on the cold concrete. He also repeatedly said to his mother nearby, " I love you Mom, I am so sorry."

Issac Henry, an Orange Police Department Investigator, read Roque his Miranda Rights while still at the scene. After each step, he asked Roque if he understood. His replies were mixed with a "yes" or "no" response. When asked if he understood his rights, Roque responded by saying," Human rights."

Henry described how they uncovered Savannah's body in the closet amongst the other items. Photos admitted into evidence showed the blood spatter and her lifeless body.

Found among the items in the closet was the murder weapon, a claw hammer, which was covered in her blood. It too was presented for the jury in a small white box.

With each photo presented Roque covered his face with his hands, hung his head and sobbed loudly.

After Roque was transported to OPD, he was interviewed by Detective John Dee Taylor. The interview lasted approximately four hours. At times, Roque was crying hysterically and "heaving" which made the process difficult, according to testimony.

During the interview, Roque stated he was not on any drugs and had been without sleep for three days. Roque also stated he did not remember the events but did remember things he had done to Savannah.

When Roque was asked if he knew the difference between right and wrong, he continued to deny killing his daughter, but said if he did it would be wrong.

"I did not kill my daughter," Roque said in the video. 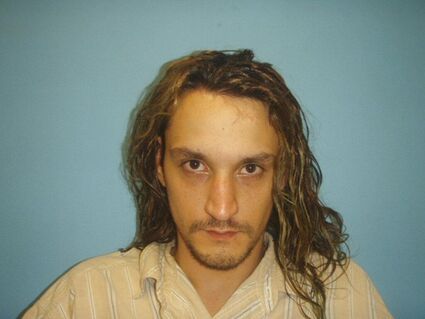 During the course of the interview with OPD Major Sparky Robinson, when Roque was asked about his family or other things, he would talk. But, when asked about Savannah, Roque would start yelling or coughing, according to testimony.

During the course of the interview, "He showed remorse," Robinson said.

Roque did admit during the interview he had hit Savannah in the head with the hammer, Robinson said.

"I had remorse after I did it," Roque said in a video played for jurors of the interview. "It ate me up."

Roque would later add he was "going mad."

For more details on the verdict, check out www.therecordlive.com