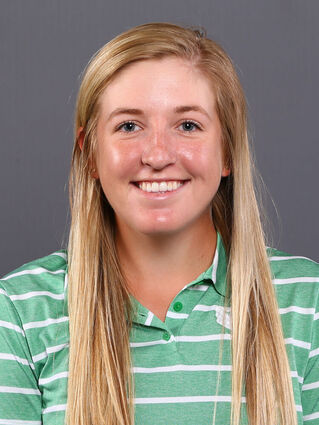 Bragging about winning the state and national championships has just a couple more days to go until high school and college athletes kick off their respective football seasons when the talk stops and the playing for real begins.

The sudden trend to form "super conferences" has already begun in the Southeastern Conference as the Texas Longhorns and Oklahoma Sooners decided last month they wanted in on the big money games that exist in that league.

The same thing happened in the Southland Conference this summer when five teams left, with most of them hooking up with the Western Athletic Conference, including Lamar University in Beaumont. This dissolved one of the Cardinals' most intense rivalries against McNeese State University, who opted to remain in the Southland.

High school football kicks off Friday night with a couple of big rivalries slated for the first game of the season. The big one in Beaumont pits West Brook against United while the state-ranked West Orange-Stark Mustangs travel to Nederland to take on the Bulldogs.

Other area games sure to affect the state rankings finds Port Neches-Groves hosting Jasper, Silsbee at Vidor and Woodville at Newton.

Only five Zero Week college games are on tap Saturday which will have little significance on the Top 25 Polls-Nebraska at Illinois, UConn at Fresno State, Hawaii at UCLA, UTEP at New Mexico State and Southern Utah at Utah State.

Most collegiate action takes place in Week One as everyone will be shooting to dethrone No. 1 Alabama, which whipped through the 2020 season with an unblemished 13-0 record. Head Coach Nick Saban is well aware of the old adage about Marie Antoinette--"Uneasy is the head that wears the crown."

This week's edition of USA Today Sports Weekly lists the American Football Coaches Association (AFCA) Top 25 College Football Poll with comments about 2021 teams that were snubbed in the preseason poll and those who are overrated.

Michigan tops the list, especially those fans who think the Wolverines should be rated at the top of the Big Ten because Head Coach Jim Harbaugh's team has finished in the Top 20 four of the last five seasons before last year's pandemic-altered campaign ended with a 2-4 mark.

One of last season's big surprises, North Carolina State, finished with an 8-4 worksheet despite having an unsettled quarterback situation which has Devin Leary at full strength after starting only three games for the Wolfpack last season. The running game looks solid and should be much better with 19 starters returning.

Arizona State (2-2) was poised to have a breakout season last year before the team was limited to only four games. The Sun Devils return just about everyone and should contend for the Pac-12 title. Boise State (5-2) and Central Florida (6-4) also should do better than predicted.

The Sports Weekly also lists the five most overrated teams, which includes No. 19 Texas, mainly because of the Longhorns' quarterback situation.

With four-year starter Sam Ehlinger now in the NFL, the Longhorns' new head coach Steve Sarkisian has to choose between Casey Thompson and Hudson Card, who are both virtually untested to live Big 12 action.

Throw in the fact that Sarkisian's offense isn't an exact fit for what was run the past four years under Tom Herman and one can see the cause for alarm as the 'Horns get ready for No. 23 Louisiana-Lafayette next weekend, the article points out.

No. 7 Notre Dame gets the Sports Weekly's top overrated tag, mainly because of Wisconsin transfer Jack Coan named as the Fighting Irish's starting quarterback and new defensive coordinator Marcus Freeman, which may get the team off to a slow start.

Other teams the article lists as overrated included No. 14 Southern California, No. 15 Miami (Florida) and No. 25 Ole Miss.

The AFCA Coaches Poll is similar to the one by the Associated Press with Alabama, Clemson, Oklahoma, Ohio State and Georgia the top five teams with Texas A&M a close No. 6.

The picture should be clearer when the snow flies and Santa's sleigh has gone back to the North Pole.

KWICKIES...The Houston Astros' offense, which is either feast or famine, must get more consistent as the season winds down to its final five weeks. Houston walloped Seattle 12-3 and 15-1 before blowing only their second ninth-inning lead after being 65-1 when leading in the ninth inning and ending up losing 6-3 in the 11th inning Sunday. Kansas City came to Minute Maid Park Monday for a three-game series with the Astros seeking revenge for losing 3-of-4 at Kaufmann Stadium last week.

Local golfer Lauren Cox finished in an 11-way tie for 38th in last weekend's LPGA qualifying tournament and earned her way into Stage 2 of the event set for October in Florida.

The original Honus Wagner baseball card recently sold for $6.6 million, the most ever for a sports card.

The NFL said that it is going to bear down and flag taunting this season, an infraction that has been overlooked for so many seasons.

Tennis star Naomi Osaka pledged her recent tournament winnings to Haiti relief because her father is a native of Haiti.

Former Houston Texans defensive coordinator Mike Vrabel tested positive for the Coronavirus last weekend. All of his assistants have had both of their vaccine shots but have been quarantined. 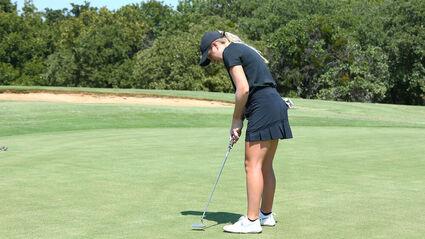 JUST BETWEEN US...Those sports wags that said there was no way the Houston Texans would win a single game this season may be looking for a little crow they can eat when that doesn't happen. They certainly must have underestimated the defensive wizardry of coordinator Lovie Smith, who immediately changed the 3-4 defense to the 4-3, where the players don't have those sophisticated keys to read and just go after the football and force turnovers. In two exhibition games the Texans have accumulated seven turnovers and nine quarterback sacks, beating Green Bay 26-7 and the rival Dallas Cowboys 20-14 Saturday night. It must be pointed out that these defensive gems were against mostly non-starters. We'll see how they fare this week against Tampa Bay and (maybe) Tom Brady.