in free 'Be A Coffee Bean' public event Sept. 7 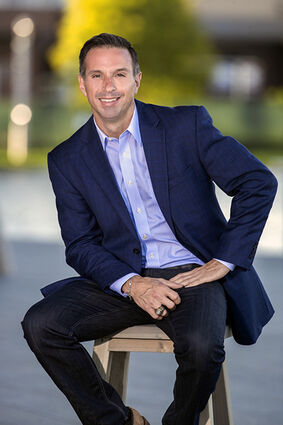 Bridge City ISD will be hosting renowned motivational speaker Damon West in a free community event next Tuesday, September 7 at 7 p.m. The event will be held at the Bridge City Elementary School cafeteria. The public is invited to attend.

Sentenced to sixty-five years in a Texas prison, Damon West once had it all.

Damon West, M.S. Criminal Justice, is a college professor, nationally known keynote speaker and best-selling author (with best-selling author and motivational speaker Jon Gordon) of The Coffee Bean: A simple Lesson to Create Positive Change. His first book and autobiography, The Change Agent: How a Former College QB Sentenced to Life in Prison Transformed His World, was published just three years after his release from a Texas maximum-security prison.

At 20 years old, he was a Division 1 starting quarterback at the University of North Texas, when he suffered a career ending injury. He turned to hard core drugs to cope with disappointments of life. After graduation, he worked in the United States Congress, was a national fundraiser on a U.S. Presidential campaign and eventually trained to be a stock-broker for United Bank of Switzerland (UBS). One day at UBS, he was introduced to methamphetamines; he became instantly hooked-and the lives of so many innocent people would forever be changed by the choices he made in order to feed his insatiable meth habit.

After a fateful discussion during his incarceration with a seasoned convict, Damon had a spiritual awakening. He learned that, like a coffee bean changing with the application of heat and pressure, he was capable of changing the environment around him. Armed with a program of recovery, a renewed faith, and a miraculous second chance at life, Damon emerged from over seven years of prison a changed man. His story of redemption, grit and determination continues to inspire audiences today.

Today, Damon lives a life of recovery and service, going to meetings and sharing his story all over the country with schools, church's, athletic teams, corporations, conferences and inside correctional facilities. Over the past few years, he has been sharing the Coffee Bean lesson with dozens of college football teams such as Clemson, Alabama, Georgia, and Texas, and countless schools and businesses. His #BeACoffeeBean message has inspired thousands from Walmart to the US Army to the NBA.

Damon's story has been featured both nationally and globally. His second book, The Coffee Bean, co-authored with best-selling author Jon Gordon, became an instant best-seller and a part of Forbes' "Top Twenty Books You Need to Read to Crush 2020." Damon is passionate about the Coffee Bean message and loves sharing how it changed his life and how it can change yours, too.

His latest book (with coauthor, Jon Gordon), The Coffee Bean for Kids, is the genesis for Coffee Bean Clubs being started by students at schools all over America.