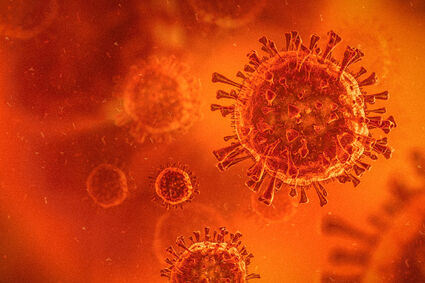 School boards and message boards have all seen an overload of angst over COVID-19, cases of which are skyrocketing among school-aged youngsters.

While four parents opposed to schools imposing a mask mandate appeared at an Orangefield board meeting in August, others are voting for everyone to wear a mask.

Or to just stay at home.

"A concerned parent" emailed her plea to a Little Cypress-Mauriceville board meeting a week ago.

"My son tested positive today for Covid after one week of school ... It is so disheartening to know that the safety and well being of our youth is not as important to the school district as a whole."

The aunt of a student there wrote that her nephew reports the student sitting next to him "coughed really bad" since school started. That student, along with the teacher and her nephew had all tested positive for COVID-19 a couple weeks into the school year, she said.

"I am so disgusted with the school district," she said.

There has been an 860% increase in the number of COVID cases reported in only the four weeks since Orange County resumed posting its weekly count of COVID positives on the Facebook page of its Office of Emergency Management.

Of course, the coming together of hundreds of youngsters per campus with the opening of schools has much to do with the increase.

According to dashboards posted on their district websites, Bridge City had 98 new cases last week among students and staff, with 45 cases reported on Monday, which also includes those from between 3 p.m.  Friday through 3 p.m. Monday.

West Orange-Cove does not publish information about COVID cases on its website, though all the schools turn in required reports to the state, which run a week behind in posting to the Department of State Health Service website.

WOC Superintendent Dr. Rickie Harris joins the other Orange County superintendents in agreeing that the most important numbers are ones no one requires, the percent of active COVID cases among its students and staff.

Christina Anderson, COVID coordinator at WOC, reported Friday that her district's weekly percentage was 5.321%, up slightly from last week's 5.218%.

Orangefield Superintendent Shaun McAlpin said his district's percent of active COVID cases was 4.9%. Bridge City's number was 5.1% with LCM at 2.8%

Unofficially totaling the DSHS reports and those numbers on the dashboards, BCISD had logged 265 new cases since the school year began, Orangefield 201 and LCM 164.