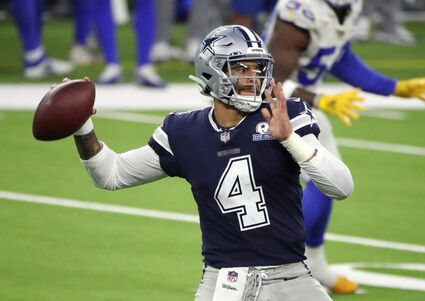 Looking at the National Football League from my point of view, the picture isn't too pretty for our two franchises in the Lone Star State-the Houston Texans and the Dallas Cowboys-especially the Texans.

We'll be able to see what the Cowboys look like tomorrow night when they lock horns with the World Champion Tampa Bay Buccaneers to open the 2021 NFL season. If they look competitive, they could very well be a factor in the NFC East Division.

One of the big question marks-has quarterback Dak Prescott fully recovered from his season-ending injury from 2020-could be answered quickly tomorrow night.

And will ageless Tom Brady be able to lead his team to a second-straight Super Bowl? Luckily, he has a great supporting cast surrounding him which should make the job much easier.

Sunday's Houston Chronicle had a special section devoted mainly to the Houston Texans, and also had a poll from its sports writers who cover the NFL on how they expect the teams to fare after Game 17 in early January.

Strangely enough, not one of the beat writers thought Tampa Bay would be good enough to make it past being named the division champions. Each writer did pick the Buccaneers to win the NFC South Division, but none had them as their projected NFC champion. All but one jumped back on the Kansas City Chiefs' bandwagon to win the Super Bowl.

The beat writer who follows the Texans almost exclusively was rather kind to the team when he predicted they would better last year's 4-12 record by giving them an extra victory with a 5-12 final record. Many football writers think Houston will have trouble garnering one win this season.

This is my annual Figerin' Filbert prediction of how each division will end up in January:

After the Wild Card, Division Champions and AFC champion has been decided, the Kansas City Chiefs and the Green Bay Packers will be playing in the Super Bowl and the Chiefs will come out on top.

I believe the quarterbacks-KC's Patrick Mahomes and Green Bay's Aaron Rodgers--are quite comparable talent-wise. But I believe the Chiefs' head coach Andy Reid has a big advantage and should lead his team to the Lombardi Trophy.

KWICKIES...Someone quipped after LSU was upset by UCLA 38-27 Saturday night that if someone sees LSU coach Ed Orgeron on a pogy boat in the near future it might be because his Tigers still have a very porous defense, like they did last year and he received his pink slip. This season depends on his future at the school.

I was impressed by the way Alabama covered its 20-point spread against Miami. Now the big question is the Crimson Tide that good or was Miami over-rated? I think it's a little of each.

The Houston Astros continue to lose games in the late innings because of a bullpen that's great in one game and lousy in another. With the lead they have built in the AL West standings, the Astros should be coasting during this final month of the season. The Oakland A's also are having a tough time as the Seattle Mariners have moved into second place in the standings. I believe Houston gave up too much offense to trade for those four "shut-down" relievers that aren't shutting down anything.

JUST BETWEEN US...The high school picks were hard to do this week because so many school districts are closed and I wasn't sure which games were still on for Friday night and which schools picked up another game. The college picks were much easier because several mediocre teams were playing Top 25 schools for what I refer to as their "sacrificial lamb" games where the small school get mutilated by the bigger one for a nice payday for the losing school.