By Carl Parker
For 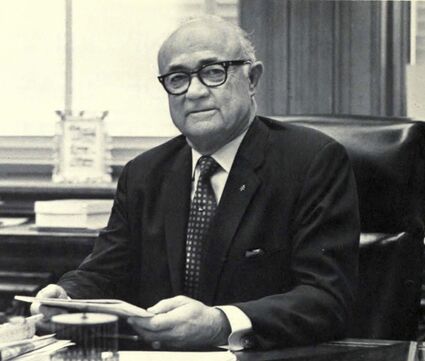 John Connally was succeeded as governor by Preston Smith who served from 1969-1973. Smith had been lieutenant governor from 1963-1969. Smith was from Lubbock, Texas and while serving both as lieutenant governor and governor had a reputation for being very friendly to the business lobby in Austin. Smith was more of a caretaker governor than any other. Generally, he did not try to influence or meddle with what was going on legislatively. And, was well liked by the great majority of the members of the Texas Senate. He did act on one bit of legislation notable for our area; he was the governor who signed the legislation changing the name of Lamar from Lamar College of Technology to Lamar University.

Smith was the typical glad-hand politician who was noted for his many corny jokes. He did, however, have a sense of humor. As I recall on one occasion when visiting Port Arthur, he was being escorted by then State Senator D. Roy Harrington. At the time, consumption of alcohol was generally taboo for politicians among a large percentage of Texas voters. As we attended a reception, Harrington offered to fetch Governor Smith a drink. As Harrington was returning with the drink for Smith, a television camera focused on Smith about the time Harrington approached him, Smith half turned his back on Harrington and muttered under his breath, "Just set it on the table, Roy." The result was that Harrington was pictured on local television as a two-fisted drinker and Smith a teetotaler.

Under Smith I do not recall having any of my bills vetoed and generally had a good relationship with him. He was defeated for re-election by Dolph Briscoe, a large land owner and cattleman from Uvalde, Texas. In all probability Smith's defeat was caused by one of the largest scandals ever to beset Texas: The Sharpstown Scandal. The scandal involved Mr. Sharp, a big-time Houston banker who was later convicted of bribing the speaker of the house and others in order to create a Texas bank deposit insurance company. The scandal involved the conviction of Gus Mutscher who was then speaker but though Smith was not ever directly attached to the scandal, just his presence while it took place was enough to ensure his defeat. He later sought a comeback and filed for governor, but failed to even make a runoff.