Fishing guide "will be missed" 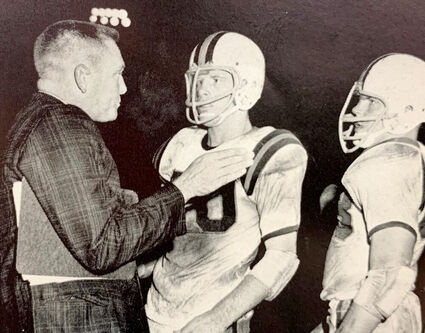 Dickie Colburn "could tell a joke like nobody else," Frank Beauchamp said the other day.

Beauchamp, who was Colburn's lifelong friend, could never get enough of his friend's company and sadly, won't ever be able to.

"We lost a good man, that's all I can say," said Beauchamp, the retired heavy equipment salesman who is married to Orange County Commissioner Theresa Beauchamp.

"Dickie was a good guy in every way you can count."

Beauchamp was a football teammate of Colburn at Orange Stark High School and his roommate when they each went to the University of Texas on football scholarships.

"I didn't want to believe the news that Dickie had left us," Dunn said. "He's the last person I would have believed would have lost his life due to an accident. As a guide, he was always cautious and alert.

"He was easy to laugh. It came natural to him. My sincere condolences to his family and many followers, who looked forward each week to reading his column. He will be missed by many."

Capt. Chuck Uzzle's weekly column in The Record Newspapers this week is a tribute to Colburn.

He lauds his mentor's lessons if not always his cheery countenance.

"I would best describe Dickie as an 'old stale Twinkie' because he was crusty on the outside but incredibly soft in the middle," Uzzle wrote.

Beauchamp was a center and linebacker on a Stark Tigers team that won back-to-back district championships in 1962 and 1963. He was named all-state.

Colburn was a guard on offense and linebacker on those same teams. They were even side by side for the team photo. Both were all-district picks and in 1964 they joined a Tiger teammate, guard C.E. Riggs, in earning scholarships from Coach Darrell Royal to the state's flagship university and football team.

"We went to school together in junior high and high school. We had some real good teams and great coaches during those years," Beauchamp recalls.

"Then we both got scholarships to Texas. I left after the first semester and finished playing ball at Stephen F. Austin. I think Dickie stayed at Texas another semester before he finished up at McNeese."

Beauchamp says in Austin the night life was the good life, but not for the academics. 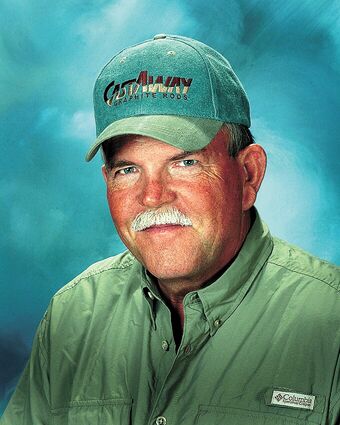 "Dickie and I were real good friends, but having us room together was probably the worst thing they could've done.

"We were two kids from Orange, Texas, who hadn't seen much in life. We got up to Austin and there was too much to see. We didn't put our mind to studying."

Both Colburn and Beauchamp went into coaching after their playing days but each abandoned it soon and eventually moved back to Orange.

"We would see each other and get together from time to time," Beauchamp said. "We'd fish together sometimes. But he was busy guiding.

"He was one hell of a fishing guide. I wish I could've spent more time with him on the water.