Recalling JFK, his death, 58 years ago 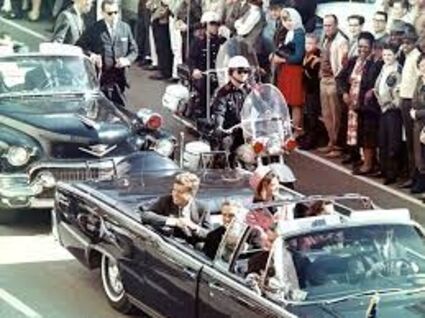 For more than a year, President John F. Kennedy had sought the trip to Texas that ended tragically the afternoon of Nov. 22, 1963.

The national pain and trauma that followed his assassination produced the Kennedy legend. Kennedy had two distinct purposes in mind, and wanted the visit to Texas to achieve them. The first was to raise money. The second was to improve his own political position in a state that promised to be critical in the presidential election of 1964. Nationwide, his popularity was at its lowest point. The president had threatened that if he didn't carry any other states, he wanted to carry his home state of Massachusetts and that of vice president Lyndon Johnson: Texas. It was a point of pride.

Texas had 25 electoral votes at this time, and he had just barely carried the 24 in the election of 1960, winning the state by a mere 46,000 votes. Texas had supported Kennedy strongly in 1956 for the vice presidential nomination that he didn't get. Then, in 1960 Kennedy became tied to Texas when he offered Johnson the second position on the ticket. There isn't much doubt in my mind that Kennedy would have lost Texas without Johnson. In fact, LBJ ran two races in 1960 for the vice presidency and also for his old Senate seat. Ironically, he polled 140,000 more voters for the Senate than he did for vice president. In 1961, for the first time in 84 years, Texas sent a Republican to the Senate: John Tower was elected. Both in 1952 and 1956, Gen. Dwight Eisenhower carried the state of Texas. The state was conservative, and only Johnson on the ticket pulled the Kennedy team over Richard Nixon in this state. John Connally was Texas' governor. He too was a conservative, and not much could be gained for him in the president's visit to Texas. But he had been pressured into the move, and it was decided that Kennedy would visit San Antonio, Houston, Fort Worth and Dallas and end his trip with a big $100-a-plate rally in Austin the night of Nov. 22. Business people feared Kennedy. His roll back of steel prices had not helped him. He needed to gain their support. Kennedy partisans usually would support a Connally opponent. There wasn't much to be accomplished by the governor playing host to the president's visit. Senior senator from Texas Ralph Yarborough and vice president Johnson were verbally at odds. The senator's support generally came from arch liberals and labor. He had run three expensive campaigns for governor in the 1950s before finally being elected to the Senate. He wasn't in favor with he state Democratic leadership, and thus Yarborough remained the enemy of Johnson, both in the Senate and after LBJ became VP. A constant clash between the two on patronage existed. The president was aware of this situation. On Thursday, Nov. 21, Kennedy dedicated the Aero-Space Medical Center at Brooks Air Force Base in San Antonio, followed with a motorcade to the downtown section. He spoke at an appreciation dinner for Albert Thomas in Houston that evening. 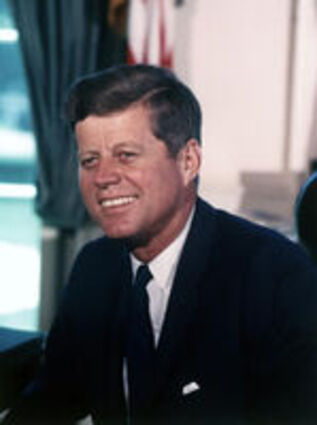 Then Friday morning, he was the speaker at a Fort Worth Chamber of Commerce breakfast meeting. The Texas visit at this point had been very successful. The only hitch was that Sen. Yarborough had refused to ride in the San Antonio and Houston motorcades with Johnson. The morning papers had made an issues of the Yarborough-Johnson clash. But on this day, the two would ride together, the president instructed, which they did both leaving Forth Worth and in the Dallas motorcade. An ugly advertisement appeared Thursday night in the Dallas Morning News. Also on the previous Tuesday, the paper had run the route the motorcade in Dallas would take. Dallas was a potentially dangerous place for the president to appear because of its past. United Nations Ambassador Adlai Stevenson had recently been hit on the head with a picket sign. And in 1960, then-Sen. Lyndon Johnson had been spit on by Nixon supporters. People spoke openly about Dallas being a dangerous place for Kennedy to go, but no one really believed anything would happen. Four of us: then District Attorney Jim Morris, attorney Louis Dugas, attorney Jerry Zunker, and I, had left the Orange County courthouse and arrived at The Marine Room, a location on Second Street that I owned, in Orange, where we made arrangements to have raw oysters on the half shell. As we emerged from our car, the motorcade was entering Dallas. Up to this point, everything had gone well. Sometime about 12:30 p.m., one of the waitresses came to the private room where we were dining and announced that the president had been shot in Dallas. We half suspected it was rumor, but still openly discussed the possibilities. Upon re-entering the automobile, all that could be heard on the dial was that the president had indeed been shot. After arriving back at the courthouse, I visited Sheriff Chester Holts who lived in the quarters below the jail. It was soon announced on his television that the president had died. I saw bitterness on the sheriff's face, and I later saw this strong man shed tears during the funeral procession. The rest is history. Lee Harvey Oswald was accused of shooting the president and mortally wounding him. We saw vice president Lyndon Johnson be sworn in by Judge Hughes as the new president of the United States. Every American, regardless of his political philosophy, felt grief and bitterness that comes in the wake of the assassination of one of its leaders. Marlin Shelton, Nolton Brown and others had left Orange for Austin where President Kennedy was scheduled to make a big Texas Speech that Friday evening at the "Texas Welcome Dinner." They were halfway to Austin when they heard the President was dead. They turned around and came home. Just the day before JFK had been in San Antonio and Huston. Gus Garza, a photographer from Bridge City had taken pictures of the president in Houston. The course of history was changed on this day by an assassin's bullet. I remember it as if it had only recently happened. Chances are, if you are 65 years of age, you too will recall where you were at that precise moment: November 22, 1963.