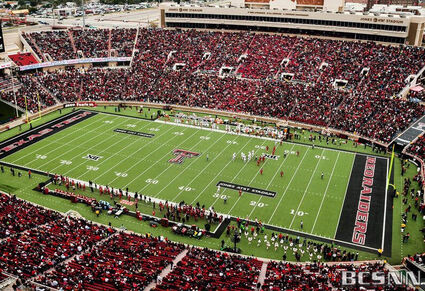 James Blanchard was named the first member of Texas Tech head coach Joey McGuire's charter staff Thursday as he will serve as Director of Player Personnel and oversee the Red Raiders' recruiting operation.

Blanchard, who was previously in the midst of his second stint as Baylor's Assistant Athletics Director for Scouting, will join McGuire in Lubbock immediately as the two will look to solidify Texas Tech's recruiting class ahead of the December signing period.

Blanchard rejoined the Baylor football staff in January 2021 as he was responsible for identifying and pursuing prospective scholarship student-athletes. He previously served as Director of Recruiting for the Bears from March 2019 to May 2020 before accepting a position with the Carolina Panthers in the NFL.

While with the Panthers, Blanchard was responsible for breaking down opponent film and evaluating potential free agents for Carolina's front office. He departed Baylor for the NFL alongside former Baylor head coach Matt Rhule, who accepted the Panthers head coaching position following the 2019 season.

A native of Orange, Texas, Blanchard was a member of the football program at West Orange-Stark High School before later studying psychology at Lamar University.

He is married to the former Kiara Fowler. The couple has five children, Kenley, Karrington, Karter, Kali and Kason.