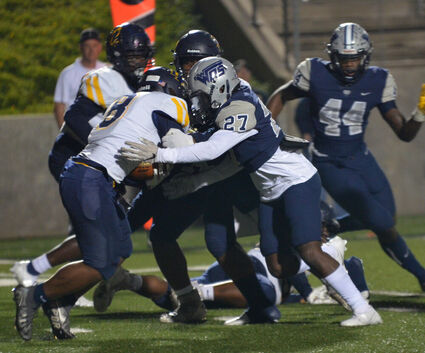 WEST ORANGE-STARK (9-1) over JASPER (6-4) 7:30 p.m. Friday at Beaumont ISD Memorial Stadium (The Butch) in Beaumont-The Mustangs outclassed La Marque so much (49-0) that the second half was played with a running clock. Jasper is not the same powerful team of the past and had to scramble to get past Waco Connally (23-20) just to get to play the 'Stangs. This game could be close, but don't bet on it.

LITTLE CYPRESS-MAURICEVILLE (9-2) over WEST COLUMBIA (6-4) 7:30 p.m. Friday at Maddry Memorial Stadium in Channelview-The Battlin' Bears have a much better season record while their opponents were the fourth seed in their district. But WC pummeled No.1 seed North Forest 65-18 last week, so they can't be all bad. LC-M must continue to do what they have been doing and should get to the next round of the state playoffs.

McNEESE STATE over NORTHWESTERN STATE-The Cowboys are hoping to finish the season with a win over the Demons Saturday night in Lake Charles after whipping winless Houston Baptist 44-3 Saturday. 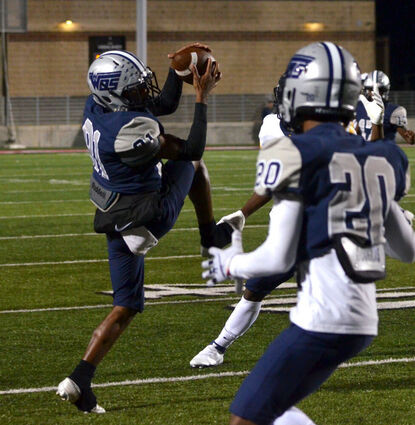 Some of the younger Mustangs got in on the action as Andrew Cooper catches an 8 yard pass from backup Chris Jones. The last quarter and a half were a running clock.