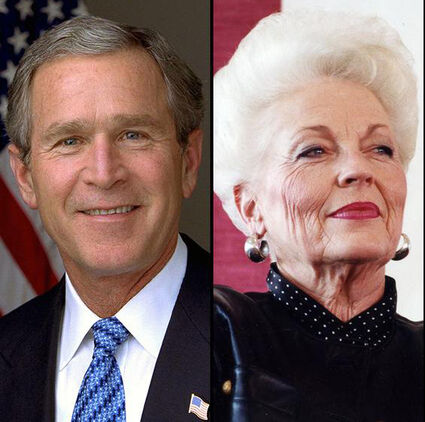 While Ann Richards about whom I have already written succeeded Bill Clements, one short article in the Penny Record does not give adequate credit or respect to Ann Richards by becoming the first female governor of Texas in many years. Unlike Ma Ferguson who was elected governor because of the illegal and unethical conduct of her husband, Ann Richards got elected on her own merits in large measure because she had the fortitude to favor a state lottery, be a ground breaker showing that women had a place in leadership, her honesty and dignity while in the office and the many good things she supported for Texans.

One of Ann Richard's opponents in the Democratic primary was my friend Jim Mattox who was a former congressman and attorney general of Texas. He was the first to suggest that Texas should amend its constitution prohibiting gambling in order to at least allow a state lottery. Although it was an issue in their primary campaign, Ann eventually acceded to the suggestion and agreed to support it: the constitutional amendment authorizing a state lottery for Texas. Unfortunately, her support of the issue was used against her in the election in which she was defeated.

Several right-wing talk show hosts, such as our current lieutenant governor, Dan Patrick, at the time repeatedly falsely claimed that Ann had promised the lottery would pay for public education in Texas. No such claim was ever advocated by any state official supporting the constitutional authorization of the lottery. Eventually because of the false statements, the Legislature passed a provision requiring that all lottery funds be dedicated to public education. If one views the budget today, you can see only a minor portion of the total cost of public education comes from the lottery.

One thing I most admired about her is the fact that the size of a political contribution to her campaign was not a standard by which she chose her appointees to high office in our state. Her appointments to boards of regents, the Public Utility Commission, Parks and Wildlife and other administrative offices were chosen strictly based on qualification and dedication to serving the public. In addition to many other good things, Ann's election served as great inspiration to many talented young women and encouraged them to offer their services to state and local government. She was an avid supporter of education--both public and higher education-as reflected by the budgets adopted during her tenure.

Richards was defeated by the second George Bush for several reasons, not the least of which is that she refused to impose on those she had appointed to contribute more and more funds to her election campaign. She was outspent and out-maneuvered and lost, in part, because of her opponent's family name established by George H. W. Bush. Ann's defeat was the beginning of the Republican Red Tide which overcame Texas, defeating not only her, but ending my political career along with the career of Southeast Texas congressman, Jack Brooks. Whether or not that was a good thing might be measured by the fact that the gentleman who defeated Jack Brooks and was elected to Congress for this area ended up being a convicted felon for his misuse of funds. The fellow replacing me in the state senate was selected as one of the 10 worst members of the Senate by Texas Monthly, and George Bush did little, if anything, to improve the lot of South East Texans.