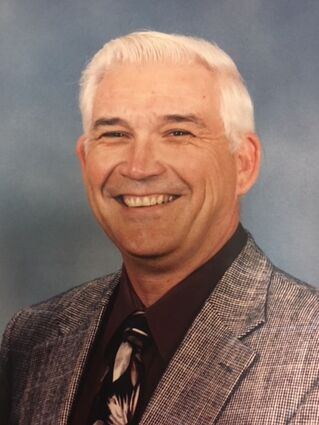 Burial will follow at Orange Forest Lawn Cemetery in West Orange under the direction of Claybar Funeral Home in Orange. Visitation will begin at 1:00 p.m. Wednesday at the church. Born in Orange on May 5, 1938, Gene was a son of Anna Belle (Strother) and Alonzo C. Hogg.

He was a U.S. Air Force veteran and a longtime member of McDonald Memorial Baptist Church where he was ordained a Deacon. He retired from Firestone in Orange and enjoyed wood working.

Gene is survived by his wife of 64 years, Johnnie Beth Hogg; children, Kerry R. Hogg and his wife, Stacey, Rhonda Hogg and Kyle E. Hogg; brother, Gayle A. Hogg and his wife, Carol; grandchildren, Jesse Ferguson and her husband, J.D., Bethany Perez and her husband, Kelby, Alec Mann and his fiancé, Jacqualine Jones, and Jax Wickersham; and great grandchildren, McCoy and Wyatt Ferguson and Annalise Mann.

The family wishes to acknowledge Misty Moore and the staff of Heart of Texas Hospice and Golden Years Assisted Living for the compassionate care provided to Gene.