Two Orange teams in Regional Finals for first time ever 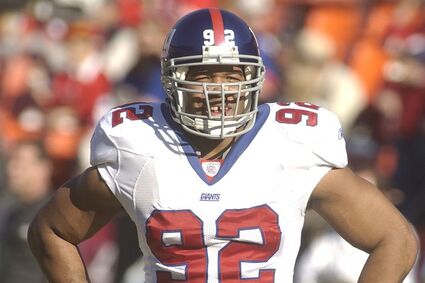 I've been banging on a typewriter or computer for over half-a-century and can't remember a time when the city of Orange sent two football teams to the regional finals in the state tournament.

Some of you gray-bearded old-timers running around town may remember something before I arrived on the scene in 1966, but I surely don't recall a phenomenon like this.

What I'm trying to point out is that both the West Orange-Stark Mustangs and the Little Cypress-Mauriceville Battlin' Bears-two rival school less than 10 miles apart who should be rooting for each other Friday night-each fought their way through the Texas High School State Playoffs to the regional finals and hope to be ready to go to the state semifinals next week.

After the 'Stangs' vaunted defense blanked the Brahmas in the second half--much like they have in all 12 of their games this season--and posted their 36-17 victory Friday night, Thompson commented, "We beat a good team, but we're heading to the fourth round again, and in the state of Texas, that's no small accomplishment."

And the LC-M Bears, who were groomed by Randy Crouch before he retired and turned the head coaching duties over to Eric Peevey, finished second in their district and then rumbled past Palestine, West Columbia and El Campo to earn a shot at Tyler Chapel Hill (10-3), who upset district champion Vidor in the bi-district round and ruined their undefeated season.

This is the first time the Battlin' Bears have reached the regional finals since 1997 and are eagerly looking forward to their Friday night meeting with Chapel Hill.

LC-M's defense has improved with each outing and came up with the big plays when it counted most Friday in their 24-21 squeaker past the El Campo Ricebirds. The Bears have come a long way in a short time as the players all bought into all of the new formations and terminology that comes with a coaching change.

You can expect to see the names of many Battlin' Bears and Mustangs players at the collegiate level in the next year or two because when a team gets to the regional finals level, there is much more exposure to the college scouts who attend these important contests.

College recruiters are looking for talent, but most important, high school football players who know how to win.

And the football players from West Orange-Stark and Little Cypress-Mauriceville certainly have proven they can do that!!!

KWICKIES...Jersey No. 92 can never be worn by another New York Giants player because it was the number Michael Strahan wore during his brilliant career as a defensive lineman. And it was the defense that won Sunday's game 13-7 in New York against the confused Philadelphia Eagles. Strahan is not only an NFL analyzer for Fox but also is a co-host on "Good Morning America" and retired from the NFL moments after the Giants won the Super Bowl XLII on Feb. 3, 2008 and got the ring he had always dreamed to having.

This week's Associated Press Top 25 College Football Poll really got jumbled with Georgia retaining its No. 1 status. Michigan moved up from sixth to No. 2, Cincinnati moved up one place to No. 3, Alabama dropped one to No. 4, Oklahoma State rose two notches to No. 5, Notre Dame dropped one to No. 6, Ohio State (who I've always thought was over-rated) nose-dived from second to No. 7, Ole Miss moved up one to No. 8, Baylor remained at No. 9 and Oregon jumped up one to No. 10. The University of Houston came up three places to No. 16, while Texas A&M plummeted from No. 14 to No. 24.

Golfer Lee Elder died at age 87 last weekend. He was the first black man to play in the Masters-in 1975.

It looks like the Pittsburgh Steelers are heading for the dumper, getting shellacked 41-10 by Cincinnati Sunday and marking the first time since 2009 that the Bengals swept the series. The college coaching world received a surprise jolt last weekend when Oklahoma head coach Lincoln Riley said good-bye to the Sooners and took over the reins at Southern Cal. Bob Stoops is returning as Oklahoma's interim coach to lead the Sooners in their upcoming bowl game.

It was just a matter of time before Billy Napier would get the call from a major school and leave Louisiana-Lafayette and all that delicious Cajun food. Napier was hired Sunday by Florida and will become a Gator after Don Mullen was fired for losing nine of his last 11 games. The 42-year-old Napier will remain with the Ragin' Cajuns (11-1) this week as they prepare to host Appalachian State (10-2) in the Sun Belt Conference championship game Saturday. His record with the Ragin Cajuns is 39-12 in four seasons.

Quarterback Cam Newton was benched Sunday after completing only 5-of-21 passes for 52 yards and two interceptions. His quarterback rating was a skimpy 23.8 which is the lowest of any former NFL Most Valuable Player. Miami outclassed Carolina 33-10 for its fourth straight victory.

JUST BETWEEN US...The Thanksgiving weekend certainly was not a happy one for the two Texas National Football League franchises as the Dallas Cowboys were defeated 36-33 on a Las Vegas Raiders' field goal in overtime while the Houston Texans blew a 14-3 lead and ended up losing 21-14 to the weak New York Jets. The Texans' plight can best be described by the nursery rhyme "when they were good, they were very, very good, but when they were bad, they were horrid." Houston jumped back into the race for the No. 1 draft pick if the winless Detroit Lions can muster up a couple of December wins. Monday's edition of the Houston Chronicle graded the Texans' overall performance with an F-minus, the same grade the coaching staff received.