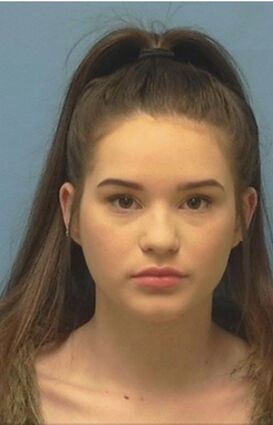 Jury selection and trial testimony began Monday in the manslaughter case of Valyn Rose Faulk, 21, of Orange, in the 128th District Court with Judge Courtney Arkeen.

Faulk is accused of killing Derrick Cane, 28, in November 2018 in the 3300 block of Martin Luther King Drive. According to court testimony, Faulk was driving a 2013 Hyundai Sonata when she struck the sanitation worker crushing and severing his legs as she struck the back of the sanitation truck.

Dean Nance, an accident reconstructionist, was contacted by the Orange Police Department to retrieve data from Faulk's vehicle. He determined the module picked up two different events from the same incident. Nance testified the information from the vehicle indicated during the five seconds before the crash, Faulk was driving 53-56 miles per hour. The posted speed limit at the crash scene is 50 miles per hour.  Also during the module released information that Faulk  did not apply the brakes leading up to the crash.

Detective Isaac Henry, of the Orange Police Department, arrived at the scene shortly after it occurred. Cane was awake and alert and being assisted by first responders. Henry then began to talk with Faulk about the wreck. He started by asking to see her cell phone. Faulk indicated she was not on her phone or had been texting which he confirmed to be a true statement.

However, Henry did say the sun visor was down and the makeup mirror was open. In addition, her makeup bag was open and the contents were scattered about. A bottle containing mascara was left open too. It appeared the air bag deployed and struck Faulk in the face. Her newly applied mascara was smudged on the air bag which was consistent with applying makeup while in the vehicle, according to testimony.

Later at the hospital when the detective spoke with Faulk, she claimed to only remember getting the keys and going to work that day. She also said she did not use the visor for the purpose of blocking the sun since she was too short and it did not work for her.

Defense Attorney Ryan Gertz argued makeup bag contents could spill regardless if left open and in the event of a wreck. He also added later, the smudges on the air bag could have occurred by Faulk wiping her tears on the air bag following the wreck.

Gertz also asked Henry if the smudges were tested to see if they were indeed mascara. The detective replied they were not tested.

Dr. Tommy Brown, forensic pathologist, testified the cause of death for Cane was due to a "crush injury with traumatic amputation of the lower extremities." While at the scene, first responders and coworkers had applied their personal belts from their pants to be used as a tourniquet. This allowed time for Cane to be flown by helicopter to a Beaumont Hospital. However, he died a short time later.

"Tourniquets prolonged his life, otherwise he would have bled out rather quickly," Brown said.

The state rested following Brown's testimony. The defense also rested, but without calling any witnesses.

Closing arguments started with Assistant District Attorney Bard Anderson making a few statements, but waiting for a rebuttal instead.

Gertz encouraged jurors to look closer at Exhibit 5. In this state exhibit, a police vehicle is shown driving on MLK and as they travel the sun is glaring into the windshield making it difficult to see the road. He also points out the size of the sanitation truck's lights.

"They are so small," he says as he makes his hands into a circle and points to a video where the truck is shown.

Anderson does his rebuttal by stating the part of the video in Exhibit 5 is not relevant because that part was not near the wreck scene. When the driver in the video reached the wreck scene, the vehicles were clearly seen and the sun was behind the trees.

Anderson also stated the air bag shows a face print and not what was wiped onto it.

Anderson then asked jurors if it really mattered she was doing at the time of the wreck and replied "no." 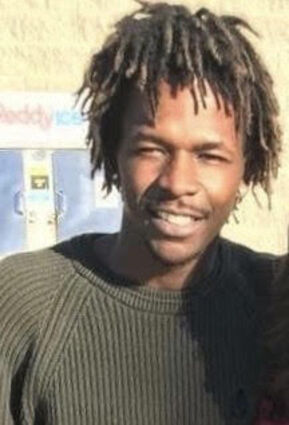 Derrick Cane was killed in Orange County accident when struck when he was on the back sanitation truck.

But, then he asked does it matter that she failed to apply her brakes in a timely manner. He paused and then said," yes."

The case has gone to the jury to decide Faulk's fate. They will resume deliberations Wednesday morning.