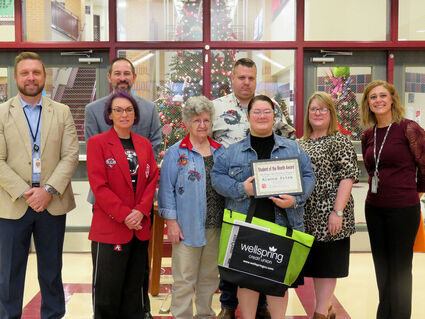 The Bridge City Chamber of Commerce announced that the December Student of the Month for Orangefield is Alanna Pitre. Alanna is ranked 38 of 138 with a GPA of 3.84. Alanna was presented her certificate and gift bag by Bridge City Chamber Ambassador, Elyse Thibodeaux at the