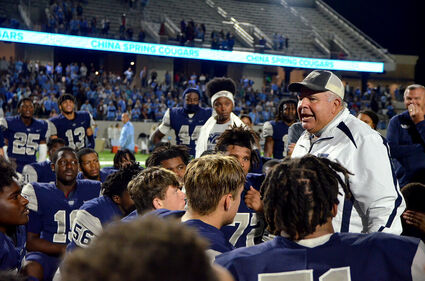 Eleven grandchildren "and one on the way" are about to get some blanket coverage from Cornel Thompson.

A two-time state champion head coach and the last member of the first West Orange-Stark coaching staff in 1977 turned in his letter of resignation Monday morning after 11 years as football head coach and athletic director.

He's retiring as soon as a new head coach is on board.

Health concerns have finally led Thompson to step away with a head coaching record of 129 wins, 22 losses and back-to-back state titles in 2015-16.

Thompson developed blot clots in his lungs late in the summer of 2021 and missed the team's first game of the season.

"That scared me a little bit. I didn't want to die on the football field," he said.

He and his doctors continue to manage that problem with blood thinners.

"I've been taking more drugs since that happened than I've taken in my entire life," Thompson said.

"I decided I wanted to spend more time with my family."

The coach and his wife, Frances, have four grown children, Marcus, Michael, Chad and Nikki.

The West Orange-Cove school district posted the head coach-athletic director position on its website Monday, with a Dec. 31 deadline for applying.

The ad says the district seeks someone with experience as a head coach on the 4A level.

Thompson says he intends to continue coaching WOS football players until a new head coach is hired and reports to work.

"I'm going to be there for a couple of months," he said. "We're going to get the offseason started. Until they get their next coach, I'll continue to coach them in the Mustang Way.

"But I need to step aside and let the next guy put his brand on it."

Thompson graduated in 1966 from West Orange High, the school that merged with Stark High to form WOS in 1977. After college at McNeese, he returned to coach in Orange and was an assistant under head coach Steve McCarty for the school's first three seasons.

Dan Hooks was elevated to head coach in 1980 and coached the Mustangs to the school's first two state titles in 1986 and 1987.

Thompson, Hooks' top assistant for most of three decades, won 85.4 percent of his games as WOS head coach, raising the Mustangs' all-time record to 435-103-3 (80.6 winning percent).

Thompson was on the field for all eight state championship game appearances by WOS. As head coach, his teams reached the fourth round of the playoffs nine times in 11 years.

He's hoping the district can find someone to maintain the Mustangs' mastery.

"We've done some things right over the years," he said. "I would like the Mustang tradition to be carried on. I would like to see someone come in and maintain our success." 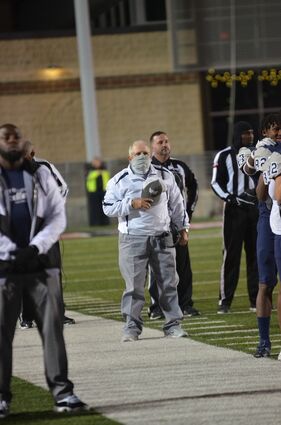 But when it comes to valuable associates, the coach won't rank anyone over his wife and his athletics secretary, Thereze Sichko.

"They keep me lined out," he said.

Thompson said he's not leaving the cupboard bare when it comes to talented players.

"I'm going to miss them. Coach T loves them."