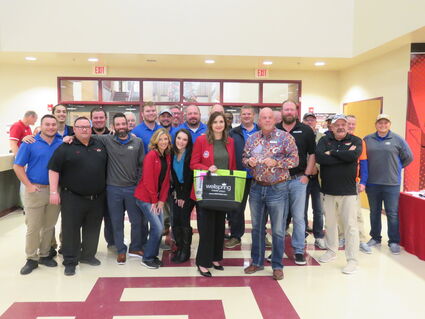 The Bridge City Chamber of Commerce announced that Granger Chevrolet was named Business of the Month for December 2021.

The Board has chosen Granger Chevrolet as Business of the Month for December 2021 for they have supported the Bridge City Chamber by sponsoring a table at the events. They are always well represented at the monthly Coffee’s. They support nonprofits and have hosted Granger 5K which benefits United Way of Orange County for many years. They work with KOGT to host the Annual Can Good Drive for The Salvation Army and Orange Christian Services. They support our local schools and host link sales benefiting Project Graduations. They sponsor many events and always work to support our community.