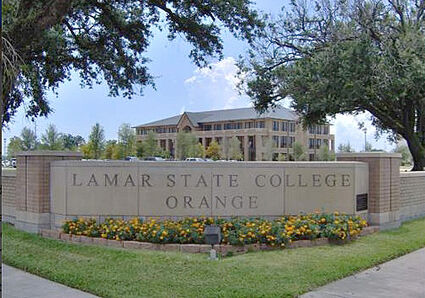 That figure is music to the ears of Dr. Tom Johnson, the school's president. Johnson and his siblings were the first in their family to attend college and he started at a two-year institution like LSCO.

A total of 270 degrees and certificates were awarded earlier this month – 124 of which were associate's degrees and 146 were certificates of completion. Nine institutional awards were given out as well.

Average grade-point average of the graduates was 2.96.

The average age of graduating students was 29. The youngest grad was 18, the oldest was 62.

Sixty-eight percent were female and 68 percent of the graduates were part-time students. Seventy percent of grads were in technical programs, 30 percent academic programs.

A majority – 58 percent – of graduates were from Orange County, while Louisiana residents accounted for 14 percent of grads.

Tyler, Harris and Galveston counties were home to 1 percent of the grads each.

Graduation ceremonies were held Friday, Dec. 17 at The Lutcher Theater in downtown Orange. Mayor Larry Spears, Jr., of Orange was the commencement speaker.