'Twas the fight before Christmas

Billy Miske embodies the term 'fighter' and his story is one most inspiring, it begins with illusions of grandeur with a lot accomplished in between but ultimately expires prematurely in heartbreaking circumstances. 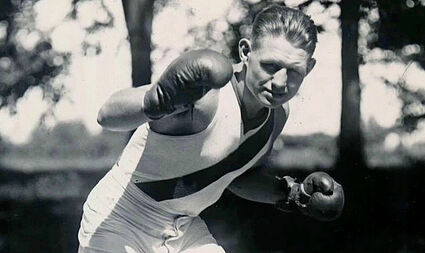 Miracles on Whatever Street and stuff them in your stocking. The

best Christmas story is about a boxer.

heavyweight named Billy Miske that his bum kidneys give him five

years to live, if he's lucky. Turns out he's dying of Bright's

disease. This comes as rotten news to Billy, who's only 24 years

old and not half bad in the ring. He's good enough to fight guys

like future light heavyweight champ Harry Greb twice to 10-round

draws, which is sort of like tying with a twister. Still, the

Problem is, almost nobody but Billy knows he's up to his ears in

debt, being $100,000 in the hole because the car distributorship

he operates in St. Paul doesn't distribute near enough cars.

Billy's weakness as a salesman is that he's too trusting. He

keeps counting on his friends to pay up, and mostly they don't.

So Billy keeps the kidney news to himself and decides to

continue fighting and paying what he owes. In fact, Billy fights

30 more times after the doc's death sentence, including bust-ups

with guys like Tommy Gibbons, who was knocked out only one time

in his career, and three dances with Jack Dempsey, once for the

Dempsey hits people only slightly harder than a bus, and in that

goes down for a nine count. In those nine seconds a purple welt

the size of a baseball pops up on Billy's chest, scaring Dempsey

half to death. But then Billy himself pops up, wanting more.

Dempsey knocks him clean out less than a minute later, this time

with an anvil to the jaw, as Dempsey is trying to get the fight

over before one of them faints, maybe Dempsey. "I was afraid I'd

killed him," Dempsey says afterward, but Billy's kidneys are

doing a good job of that all by themselves.

broomstick on a diet. He's too weak to work out, much less

prizefight. The only thing thinner than Billy's arms is his

wallet. He hasn't had a bout since January, which is trouble,

because Christmas is coming up hard.

Well, Billy isn't about to face his wife, Marie, and their three

young kids, Billy Jr., Douglas and Donna, tapped out for his

last Christmas, so he goes to his longtime manager, Jack Reddy,

and asks him for one last fight. Reddy says no chance. "I don't

like to say this," Reddy tells him, "but if you went in the ring

"What's the difference?" Billy answers. "It's better than

waiting for it in a rocking chair."

Reddy chews on that for a while and comes up with a proposition:

"Do one thing for me. Go to the gym, start working out, and

let's see if you can get into some kind of condition. Then we'll

Billy says no can do. He says there's no way he can work out. He

says he's got one last fight in him, and maybe not even that. A

softie, Reddy arranges a Nov. 7 bout in Omaha against a brawler

named Bill Brennan, who went 12 rounds with Dempsey and is still

meaner than 10 miles in brand-new shoes.

True to his word, Billy doesn't get any nearer the gym than his

aspirin bottle. He stays in hiding, slurping bowls of chicken

soup and boiled fish, and rarely making it out of bed. But he

turns up in Omaha on the appointed night, survives four rounds

That check buys the best Christmas the Miskes ever have. The

kids come flying downstairs in the morning to a Christmas tree,

a toy train, a baby-grand piano and presents stacked higher than

and laugh all day. Do you know, the only smile bigger in

Miske kids is on Billy's mug.

The next morning Billy calls Reddy and whispers, "Come and get 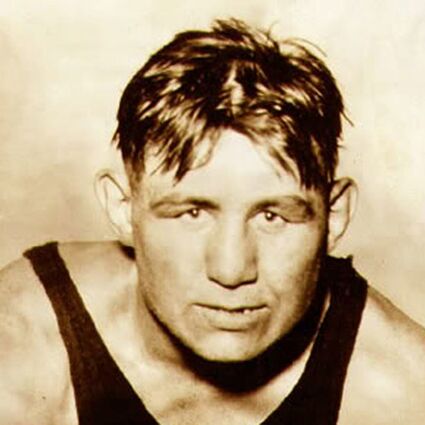 That's it, really. Except that if you ever pass through Omaha

and run into an old-timer, ask him about the prizefight that

day, the one that gave Billy Miske the finish he wanted, the one

he won in four rounds, over Bill Brennan, by a knockout.

Rick Reilly- Rick Reilly is a member of the National Sportswriters and Sportscasters Hall of Fame and is an 11 time National Sportswriter of the Year and the author of 11 books. He wrote for Sports Illustrated from 1985 to 2007, and for the last 10 of those years he authored the popular "Life of Reilly" column on the magazine's backpage, the first signed weekly opinion column in the magazine's history.