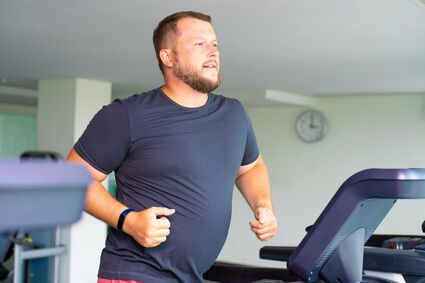 Losing weight and getting more exercise are the top two New Year's resolutions.

Anding said most adults tend to shy away from resolutions, and those who take up the challenge for the upcoming year are more likely to be younger or middle-aged.

Some of the top New Year's resolutions include:

Zeroing in on your resolution

Anding said one way to approach successful resolution-making is for people to first list the three behaviors or habits they most want to change.

"Such behaviors could be eating better, getting more exercise, saving more money or working on personal relationships," she said. "Look at the behaviors you have identified and choose the one you most want to concentrate on improving. Then take a close and realistic look at the behavior you have chosen and think of a specific goal that would reflect where you would like to be through modifying that behavior. Write down that final goal, making sure it is both realistic and achievable."

The next step is to make a plan and come up with a series of smaller, attainable goals leading toward the final goal, she said.

"For example, if the goal is to run a marathon, but right now you can't run to the end of the block, consider starting with a more realistic goal of walking for 30 minutes a day three to five days a week. Once that is a regular habit, set another goal to run a 5K within three to six months and then a 10K, gradually working up to a half-marathon and then a full marathon."

Anding said it is important to remember achieving a final goal does not have to be a bucket list goal or fit into a rigid timetable.

"Just keep planning and meeting those mini-goals as steps toward the final goal," she said.

If your goal is to improve your health, be sure not to overtax yourself in achieving that goal. Drink more water and get an adequate number of hours of sleep.

Staying active and staying hydrated are important to any weight and fitness resolutions. (Stock photo)

However, Anding said, people should write down and commit to a specific date to begin their desired behavior change.

"Pick an important, significant or memorable date and put it on your calendar," she said. "It doesn't have to be the exact start of a new year. Once you pick your date, plan how you will accomplish your goal. In other words, identify and write down those specific actions you will need to take to be successful."

Anding said there will invariably be challenges on the journey toward meeting both smaller goals and your ultimate goal.

"It's important to think ahead, be flexible and have a contingency plan to deal with whatever obstacles may present themselves as you strive toward meeting that final goal."

Involve others and reward yourself

Anding said it is also a good idea to share your resolution with friends or family and ask for their support.

"List the names of people you want to know about your resolution, and ask for their encouragement and help," she said. "It's easier to keep your resolution if you have others supporting you, plus involving others makes you more accountable."

Finally, Anding said, those who meet their set goals toward reaching their New Year's resolution should find ways to reward themselves for their progress. 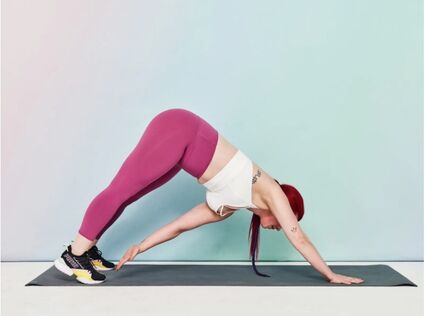 "Do something nice for yourself like treat yourself to some music or read a good book," she said. "Or you can indulge in a guilty pleasure so long as it doesn't sabotage your efforts. It's also fine to share your successes with others as a means of self-validation."