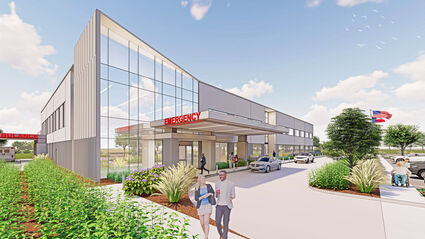 A late-January groundbreaking is set on the Gisela Houseman Medical Campus in Orange, with grand opening expected in the spring of 2023.

"It's taken us a while to get all the pieces put together on it, but I'm pretty excited it's finally happening," Houseman, the Orange real estate investor who donated the land for the project, told The Record Newspapers Tuesday morning.

Phase I of the development located on Eagle Point Parkway near the intersection of Interstate 10 and Highway 62 calls for a two-story, 55,000 square-foot medical office building that will occupy five of 20 acres Houseman donated in 2019.

A majority of the first floor is leased to Christus Southeast Texas Health System for a 24/7 emergency hospital and key outpatient and diagnostic services.

The remaining space will be leased to independent physicians, including Dr. Marty Rutledge of Orange Medical Surgical Associates, the driving force behind the project.

"There have been many community leaders that have worked on the project," he said.

Business leader Ross Smith headed a group that pushed to create a hospital district for the county, but Smith's group lost in a 2017 county-wide election over fears of higher taxation.

"Dr. Rutledge has been on the front lines since we first started looking at what we were going to do," Houseman said. "He was instrumental in saying we needed a new hospital. And he was the one who had access to doctors.

"I was able to donate a 20-acre property in the very center of the county, and then five acres more for the roadway. Once they had the land to put it on that they didn't have to pay for, that really helped."

The City of Orange EDC has contributed $1.5 million to build Eagle Point Parkway and a 10-year decreasing tax abatement on a project now estimated as a $50 million investment by the private partners.

"NexCore and Christus, of course, they were the big pieces," Houseman said. "It's going to be wonderful for Orange County."

NexCore says the mini-medical complex will fill the community need for healthcare following the closure of Baptist Hospital Orange.

For the past five years, Orange has been the largest county in Texas without hospital-based emergency healthcare services.

Orange County is surrounded by water on three sides and access to hospitals in nearby Beaumont and Lake Charles, Louisiana, has been cut off by floodwaters several times.

"NexCore is excited to provide quality and convenience to the citizens of Orange and surrounding communities through this critical healthcare development," Todd Varney, NexCore's Chief Development Officer, said.

The service area of more than 98,000 patients has a need for more than 95 full-time providers, it added.

"The Gisela Houseman Medical Campus will become the epicenter of healthcare in Orange and provide an essential and convenient mini-campus venue for physicians to practice medicine and minimize the need for patients to travel 30 minutes or more for care."

At an Orange City Council meeting in June of 2019, Rutledge joined real estate investor Houseman to announce the project, to be built on 20 acres of land donated by Houseman.

Besides the worldwide coronavirus pandemic, three hurricanes or tropical storms have delayed development.

"This development is the result of a large group effort to give back to Orange and the surrounding communities and has been enabled through many avenues of generosity, including the city, county and private citizens," Varney said.

"Together, NexCore, Christus Southeast Texas Health System, Ms. Houseman, Dr. Rutledge and the city and county of Orange are able to gift access to much needed healthcare services to the community."

"Oh, man, we are on Cloud 9," said Rutledge. "The big thing was getting Christus lined up. We've been talking to them for about a year to work out all the details." 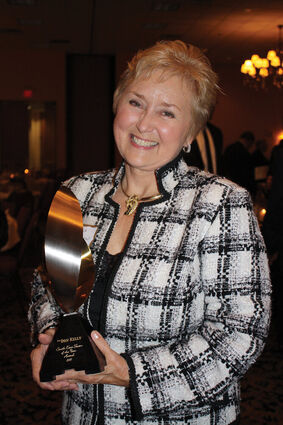 Christus Southeast Texas Health System is a Catholic, not-for-profit healthcare system that has been serving the needs of Southeast Texas communities for more than 120 years.

"Throughout our history, our ministry has been available to answer the call to fill a critical need to alleviate suffering, wherever possible. We have partnered with the key stakeholders in Orange at their invitation to make this happen. The support of the community from the beginning of this process has been striking, and a key reason we decided to participate."