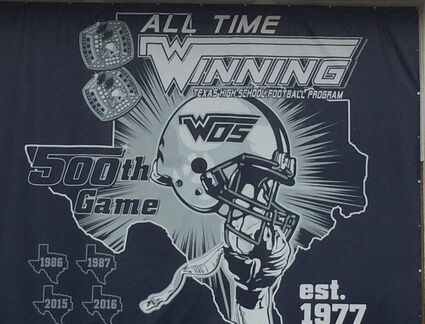 Cornel Thompson, who spent 46 years as a teacher and coach in the West Orange district, retired in December after a decade as AD and head football coach.

"We are grateful to Coach T for his many years of exemplary leadership," Harris said of Thompson, whose teams won back-to-back state championships in 2015 and 2016 and were twice title game runnersup.

"He has left an incredible foundation upon which a forthcoming athletic director can build upon in the years to come."

Hickman, 45, is a native of Silsbee who went on to play football for McMurry University. He has been serving as assistant high school principal at WOS. He was Silsbee High's defensive coordinator for a decade prior to joining Thompson's staff in 2016.

Earlier that year, he was a finalist for the head coaching job at Beaumont Ozen.

Besides a bachelor's degree from McMurry, a private Methodist college in Abilene, Texas, Hickman has a master's in education from Lamar University. He has been a teacher and coach for 22 years.

"I have a passion and enthusiasm for coaching and teaching," Hickman said in a statement issued by the district Thursday that trumpeted his selection.

"Winning is a product of mutual hard work from staff and players."