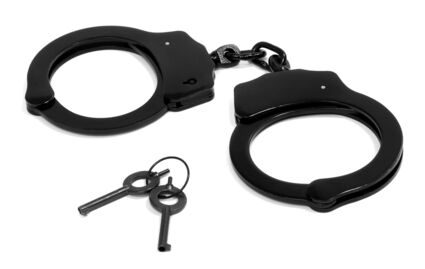 A female was arrested Sunday, January 30, by the Orange Police Department for driving her vehicle while intoxicated. Officer Brian Latiolais was dispatched to the 9800 block of FM 1130 at 1:30 AM on Sunday to investigate a vehicle in a ditch.

Upon arrival at the scene, Latiolais discovered in the nearby ditch a white 2014 Jeep that appeared from tire tracks to have left the roadway about 50 yards south of where the vehicle came to a stop. The officer spoke to a witness at the scene who said a female was inside of the vehicle attempting to get out.

Latiolais saw a female exit the vehicle who began walking toward him. The officer said the female appeared walking unsteady and as she got closer he could smell an unknown alcoholic beverage coming from her. Latiolais observed the female appeared to have watery eyes and her speech was slurred which led him to believe she had consumed alcoholic beverages prior to operating her vehicle on the roadway.

The female produced her driver license for the officer. She was identified as Lacey Nguyen, age 38, from Orange.

Latiolais asked Nguyen to complete a field sobriety test, but she denied the request. He then asked her how many alcoholic beverages she had consumed and she replied, "not enough."

Believing Nguyen had been intoxicated while operating a motor vehicle the officer asked her to put her hands behind her back so he could put handcuffs on her wrists to which she replied no. When Latiolais attempted to grab the suspect's right arm she pulled away so the officer escorted her to the ground and then handcuffed her. Nguyen was taken into custody for Driving While Intoxicated and Resisting Arrest.

At the Orange County Jail, Nguyen did agree to provide a breath specimen. The printout showed she had a result of .185 on the first sample and .179 on the second result.

The Orange Police Department are investigating an Aggravated Assault that occurred Saturday, January 29. Officer Tim Pruitt was dispatched at 1:45 PM on Saturday to the Flying J Truck Stop in Orange where he spoke to Jake Stasik, age 38, about an assault made on him.

Stasik told the officer that he was resting at the Flying J in the back lobby when a male he knows grabbed his shirt at the neck line and placed a knife blade at Stasik's throat. The suspect made a verbal threat against Stasik's life.

After Stasik separated himself from the suspect he observed the other man leave the location walking southwest toward the Interstate 10 and Highway 62 overpass. The suspect is identified as a white male, age 48.