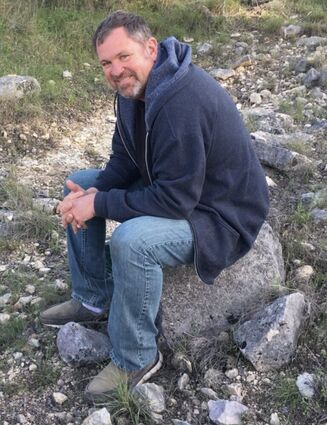 Christopher Wayne Berry was a keeper of the peace, a defender of the weak and meek, a kind spirit to the world.

He graduated Lamar University with a degree in criminal justice. He served & protected the communities of Jefferson County, Newton County, Pinehurst & Vidor over a thirty-year career in law enforcement.

He is survived by his loving & devoted wife Brenda, his daughter Bailey and her fiancé Andrew, & his son Brayden, and Amber, a bonus daughter through Brenda, as well as his parents, Norman & Loretta Berry.

Chris is survived by his three brothers: Mike & his wife Jill, Stephen & his wife Laura, & Michael & his wife Nandita; nieces Meghan & Madeleine, as well as nephews Michael Anthony, Crockett, and Michael T; and more dear, true friends, than a man could ever hope to have, especially his beloved sisters & brothers in blue.

A public visitation will occur at Claybar Funeral Home in Orange between 1-2p Saturday, January 29, followed by a celebration of life service at 2:30pm.

His brothers in blue will lead the ceremonial procession to Orange Forest Lawn Cemetery.

Chris was inseparable from his wife Brenda, the love of his life. She was his friend, confidante, fellow traveler, and soulmate.

Our entire family is grateful he had her. Chris was a father to Bailey and Brayden. Bailey’s impending wedding had Chris bursting with pride, but also nervous about his walk down the aisle with her on his arm. He adored her. His son Brayden is in so many ways just like his dad. Focused, intent, thoughtful. He is attending Chris’s alma mater, Lamar University, a frequent boast for his father. Brayden describes his dad as “tough, for my own good.” He wanted Brayden to grow up strong, just as he did, and Brayden is well on his way. Chris was a son to his parents, Norman and Loretta, in the same ways he was an officer to his community.

Always there, eager to serve, the rock to lean on. Every child loves their parent, but Chris showed so much. Even into adulthood, now in his 50s, Chris demonstrated it with action every single day. He considered himself the unpaid additional producer of the Michael Berry Show, which he was, but he was much more than that. His wry wit, as well as his retelling of everyday stories in a way that elevates them to pure comedic art, has been shared on the radio with millions over the years, usually with attribution but often, says Michael, “I’d just tell people I said that, but it was always Chris.” Chris was passionate about the great outdoors, from huntin’ to fishin’ to his latest hobby, beekeeping, as well as his obsession, gardening.

Visitors to the home the night of his passing noted that potted key lime trees and lemon trees were filling the living room to keep them out of the unusually cold outside that day. He loved planting, feeding, and fussing over fruit trees and their yield, as well as vegetables straight from the soil, flowers, and all living things.

A special place in his heart over the past few years was reserved for his constant companion, his dog, Newt. Chris didn’t see being an officer as merely enforcing the law, but instead as helping people. It’s all he ever wanted to do, and he did it in every aspect of his life. He was a community servant, never failing to help a person in need, always seeking out opportunities to assist, to provide, to solve problems, to calm tensions, to bring a smile, and most of all, to deliver that magical medicine of laughter.

He was funny, and fun. He will be missed by everyone who knew him, and that is a lot over 30 years as a peace officer with a big personality and a public persona. Even a murder suspect who led him on a long chase, upon apprehension and after being handed off to booking, told other officers that Chris was kind and respectful to him throughout.

That was Chris. Professional, trusted, admired.

He will be missed by a family that loved him, and relied on him daily.

He will be missed by the Thin Blue Line that he wanted to join from childhood and to which he gave his entire adult life’s energy.

He will be missed, and he will always be remembered.