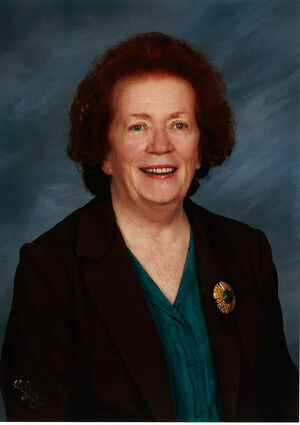 She was born November 17, 1934, in Texarkana, Texas, and was the only child of Wilson Edward Kelley and Josephine Christine Kelley.

She was a graduate of North Texas State College where she received her degree in Education. While at NTSC, she met her husband, Othal Ray Price, who was also a student there. Ray and JoAnn married on November 28, 1957. Most of their life together was lived in Orange, Texas. JoAnn taught kindergarten students for many years at the Presbyterian Day School in Orange. After that, she taught first grade students for many years at Sims Elementary School in Bridge City. Many people have commented about her love for the children she taught.

As a child growing up in Texarkana, JoAnn was very involved in church activities including scripture memory and singing spiritual songs.

She was also active in Girl Scouts and later volunteered as an adult Girl Scout leader. JoAnn was a committed Christ follower and while in Orange was an active member of the First Baptist Church of Orange. JoAnn had an outgoing sanguine personality. Her laughter was loud and heard frequently. She loved traveling and camping and her family was always ready to get away for the weekend in their travel trailer. Her strong creative nature was expressed through painting, drawing, interior decorating, landscaping, and other kinds of art and design.

She also enjoyed singing and playing the piano. In 1991, her mother had a stroke and was paralyzed from the neck down. JoAnn became her primary caregiver and for the next 13 years provided excellent care until her mother died in 2004 at the age of 95.

Over that time, JoAnn's eyesight and hearing continued to decline but her love for her mother was so strong that she never gave up. If she were here today she would say that it was her joy to be able to care for her mother the way she did.

Preceded in death by Ray in 2007, JoAnn is survived by her son and daughter-in-law, Eddie and Kay Price; 6 grandchildren; and 5 great grandchildren.