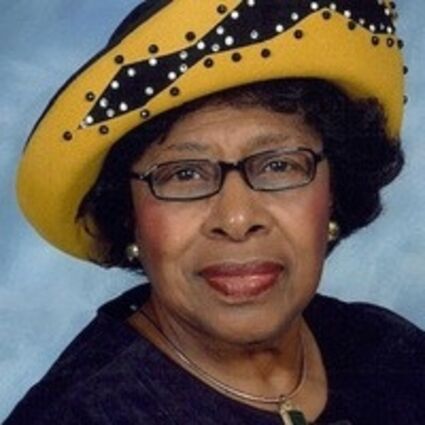 Essie Lagard Bellfield was buried Saturday, February 5, at the Hollywood Cemetery in Orange. She lived from May 6, 1932 to January 23, 2022.

Family, friends, and the Orange Community bid farewell to a longtime civic leader on Saturday, February 5. Essie Legard Bellfield was laid to rest at the Hollywood Cemetery in Orange following her funeral service at the Community Church in Orange.

Bellfield lived for two things in her nearly ninety years, education and civil rights. She attended Southern University in Baton Rouge and studied education for three years there. She continued her education at the University of Houston and at Lamar University. The National Association for the Advancement of Colored People and the Texas Black Democratic Coalition were two of the many groups Bellfield worked with during her life. 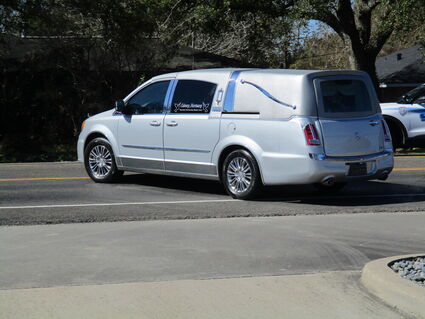 The hearse baring Essie Bellfield leaves Community Church for her internment at the Hollywood Cemetery.

The City of Orange benefited from Bellfield's civic minded nature. Bellfield served her city as its first black mayor from 1997 through 2000 and is still the only female to be the mayor of Orange.

Born May 6, 1932 in Jennings, Louisiana, Ms. B as family and friends called her was loving, giving, and caring until the day she passed away Sunday, January 23, 2022. Bellfield was a faithful member of Salem United Methodist Church in Orange.

The funeral procession to the cemetery was led by at least a half dozen Orange Police and Orange County Sheriff's Office patrol cars. A City of Orange Fire Department fire engine proceeded the hearse in the trip to the burial site.