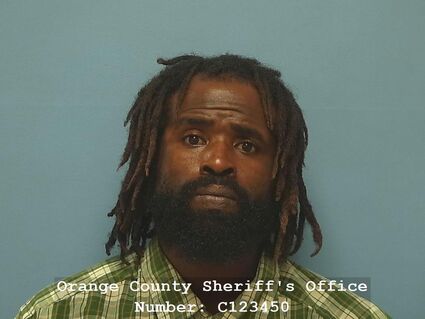 Marquest J. Watson was arrested by the Orange Police on Wednesday night and charged with murder. He is being held in the Orange County Jail with a $1,000,000 bond.

The Orange Police are tying up loose ends in their investigation of a homicide from Wednesday, February 2. The police arrested a suspect Marquest J. Watson, age 31, on the night of the homicide.

Officer Joshua Lemoine of the Orange Police was dispatched at 8:39 PM on Wednesday to the 2900 block of 17th Street concerning a 911 call for the discharging of a firearm. The officer discovered a homicide had occurred, and he arrested Watson whose residence is 2924 17th Street in Orange.

The victim was a 30 year-old male, Uriel Alejandro Garcia-Salazar of Orange. He was shot multiple times. The police indicate the weapon was a handgun. The motive for the fatal shooting is yet to be determined.

Watson was taken to the Orange County Jail charged with Murder. Orange County Justice of the Peace, Precinct One, Hershel Stagner, Jr. set bond at $1,000,000 for Watson.

Orange Police detective Lt. Jonathan Baggett said witnesses are still being interviewed concerning details of the homicide. The weapon used in the shooting is in police custody, but the caliber and make of the weapon are being withheld by police at this time.