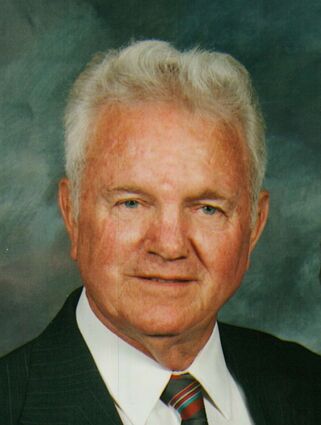 Burial will follow at Hillcrest Memorial Gardens in Orange. Visitation will be from 5:00 p.m. to 7:00 p.m., Tuesday, at Claybar Funeral Home in Bridge City. A rosary will be recited at 6:00 p.m.

Born in Saint Martin Parish, Louisiana, on June 19, 1926, he was the son of Willie Bernard and Manila Geoffroy Bernard.

Johnal spent his childhood growing up in South Louisiana. He left Southern Louisiana at 17 and proudly served in the Army and fought in World War II in the Phillipines and Japan. Johnal raised his family in Port Acres, and coached little league baseball. Johnal was instrumental in the start of Little Flower Catholic School, where he coached football,baseball, and girls softball.

He was also a member of Knights of Columbus and an avid fisherman. He worked as a dock foreman at Texaco for 39 years, and once retired moved to Bridge City.

He was preceded in death by his loving wife, Bettie Bernard; his parents, Willie and Manila Bernard; and two brothers and three sisters.