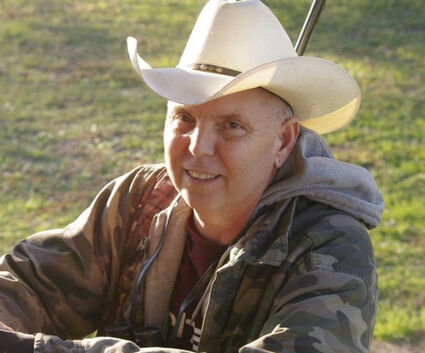 Terry Lee James, 62, of Orange, passed away peacefully surrounded by his family on February 6, 2022.

Officiating will be Reverend David Millner and his Uncle, Reverend John Elliott. Burial will follow at Hillcrest Memorial Gardens in Orange. Visitation will be from 5:00 p.m. to 7:00 p.m., Wednesday, February 9, 2022, at Claybar Funeral Home in Orange.

Terry was a lifelong member of Calvary Baptist Church. He enjoyed gardening, fishing, hunting and spending as much time as he could outdoors. Terry loved traveling with his wife and they visited all lower 48 states together. He got a thrill out of riding his Harley and working on Chevy’s. Terry accomplished his dream of designing and building his family’s home. He was very proud of his children and adored his grandchildren wholeheartedly. Terry lived a life well spent even after fighting through many medical battles and will be deeply missed by all who knew him.

He was preceded in death by his mother, Jimmie Lou James; his grandparents, J.R. and Mertie Bingham and Medlene and Edward Elliott.

Serving as honorary pallbearer will be Riley James.