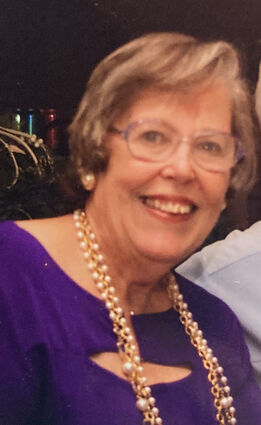 Ginger was preceded in death by her parents Jack A. Brogan and Esther Parks, also by her loving husband Paul A. Broussard.

She was born in Louisville, Kentucky and and moved to Port Arthur, Texas when she was about 8 years old.

She graduated from Thomas Jefferson High School in 1960.

Ginger was a member of the First Presbyterian Church of Port Arthur and was very active in the youth program and later became the Director of Christian Education for many years. She also cared deeply for the older members of the church; caring for them with home visits and later creating a program named Day Away to transport older members on trips for the day.

We would like to thank mom's caregivers, Lizette Ellis of Nederland and Penny Lee of Groves, for giving her such great loving care during the past year.