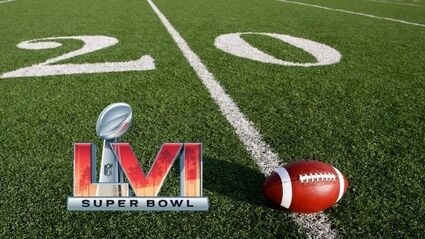 If you were a diehard Cincinnati Bengals fan and slipped a ten-dollar bill to one of the Las Vegas sports books back in August to make a preseason bet on your team to win the AFC Conference Championship, today you would be $750 richer. Vegas had the line set at 75-1 on the Bengals winning the right to play in Super Bowl 56.

And if you were a real Bengals fan and bet another $10 that your team would win Sunday's Super Bowl, the payout would swell to $1,500 if your team beats the 4½-point favored Los Angeles Rams.

So far, the Cincinnati Bengals have not let their true-blue fans down, despite the fact they have been the underdog in every National Football League playoff game since the Wild Card Round last month when they were favored by six points and won by seven, 26-19.

The Bengals went to Nashville to play the AFC South Division champion Tennessee Titans as a four-point underdog and won 19-16 on a booming 52-yard field goal by rookie sensation kicker Evan McPherson as time expired.

In the meantime, the Kansas City Chiefs did the same thing to the Buffalo Bills by marching downfield from their own 25-yard line with 13 seconds left in regulation, kicked a field goal as time ran out to tie the score at 36-36 and send the game into overtime.

Kansas City won the flip and scored without the Bills ever touching the football again. The Chiefs' 42-36 overtime win set the stage for their conference championship game against Cincinnati at Arrowhead Stadium in Kansas City.

This time the Chiefs were favored by seven points over the Bengals and jumped out to a 21-3 lead at the half. Instead of panicking and trying to throw long bombs downfield, Head Coach Zac Taylor insisted that his team follow the same game plan, but to play much better in the second half.

Quarterback Joe Burrow did a great job of mixing his plays while Kansas City played like they were trying not to lose instead of sticking to their game plan.

Chiefs' quarterback Patrick Mahomes had perhaps his worst half as an NFL quarterback, scoring only a field goal as Cincy rallied to tie the game at 24-24 and send it into overtime, where he threw two interceptions and watched as McPherson booted his fourth field goal of the game which gave the Bengals a 27-24 victory and their ticket to Sunday's Super Bowl.

The Rams are no slouches, either, winning the NFC West Division as predicted, overpowering the disappointing Arizona Cardinals 34-11 in the Wild Card Round and then almost blowing an 18-point lead of their own at Tampa Bay, finally winning on a last-second field goal 30-27.

In the NFC Conference Championship, the Rams should give some kind of bonus to San Francisco 49ers' safety Jaquiski Tartt for dropping an easy interception that was underthrown by Rams quarterback Matthew Stafford with 10 minutes left in the game and quarterback Jimmy

Garoppolo for his back-handed pass that was intercepted by the Rams, who ran out the clock and won the game 20-17.

I see Sunday's Super Bowl as a match-up between the Rams' Stafford and favorite receiver Cooper Kupp and the Bengals passing combo of Burrow and rookie wide receiver Ja'Marr Chase.

I believe that although the Burrow/Chase combo is much younger and less experienced than Stafford/Kupp and more careful with their pass plays than the Rams' twosome. Burrow is much more agile than 12-year veteran Stafford and can scramble much better when the defensive pressure is applied.

Although the game will be played at SoFi Stadium near Los Angeles, the Rams are listed as the visiting team by the NFL Braintrust.

And if I were a betting man, I wouldn't hesitate to take Cincinnati and those lovely 4½ points. But I believe that if both teams continue to play like they have so far in the playoffs, the Bengals will win outright 26-23.

KWICKIES...After playing in Sunday's Pro Bowl that was won by the AFC 41-35, New Orleans running back Alvin Kamara was arrested by the Las Vegas Metropolitan Police Dept. on a battery charge after being accused of injuring someone at a night club Saturday night. After playing and making four catches for 23 yards for the NFC, Kamara was taken into custody and booked at Clark County Detention Center on charges of battery resulting in substantial bodily harm.

Tom Hoge overtook Texan Jordan Spieth to win the AT&T Pebble Beach Pro-Am Sunday. Hoge had been a mentor to Spieth right after he got his PGA card a few years ago. The 32-year-old Hoge, who played collegiately at TCU, fired a four-under 68 in Sunday's final round.

In the 55 Super Bowls played so far, an amazing 47 winners also won their division championship.

Dallas Cowboys Idiot Owner Jerry Jones says he is bringing back all three coaches for the 2022 NFL season, which includes Head Coach Mike McCarthy, offensive coordinator Kellen Moore and defensive coordinator Dan Quinn. Moore and Quinn have been invited to apply for numerous head coaching jobs, but have refused most of them because both of them want to be the head coach of the Dallas Cowboys someday.

The Cincinnati Bengals went 6-25-1 in Head Coach Zac Taylor's first two seasons before their 10-7 season in 2021. Taylor coached under Sean McVay at Los Angeles five years ago and they're the best of friends, except for about three hours Sunday night.

JUST BETWEEN US...The NFL Coaching Carousel continues to go round-and-round with six of the nine vacancies already filled at this writing. Coaches with new jobs include Brian Daboll--NY Giants, Matt Eberfluss-Chicago Bears, Nathaniel Hackett-Denver Broncos, Mike McDaniel-Miami Dolphins, Jack McDaniels-Las Vegas Raiders and Doug Peterson-Jacksonville Jaguars. The three positions still unfilled include the Houston Texans, Minnesota Vikings and the New Orleans Saints. One of the four finalists for the Houston job is the Texans' defensive coordinator Lovie Smith who compiled an 81-63 record in nine seasons as head coach of the Chicago Bears and 8-24 at Tampa Bay when the Bucs were rebuilding and landed the job Monday as the Texans new head coach. Also on Monday, Dennis Allen was named to succeed Sean Payton as head coach at New Orleans.