UIL realignment sends Orangefield back to 3A 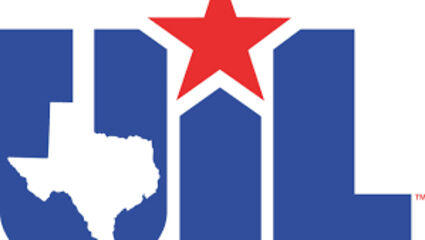 Every two years the University Interscholastic League conducts a reclassification and realignment event for school districts across the state of Texas, and Thursday's event unveiled what districts our local schools will be designated in for the 2022-2023 and 2023-2024 school years.

The Bobcats had a very good season on the 4A-level in 2021 and could be poised for more success in football District 10-3A Div. I. Other schools in this district include Anahuac, Buna, East Chambers, Hardin, Kirbyville and Tarkington.

West Orange-Stark looks to continue its tradition of success under a new coach, and Bridge City will look to continue its momentum from 2021 as both will compete in football District 9-4A Div. II once again. The biggest change in the district is not only the departure of Orangefield, but the inclusion of the Jasper Bulldogs. Returning schools for the district include Hamshire-Fannett, Hardin-Jefferson, Liberty and Silsbee.

Little Cypress-Mauriceville and Vidor both had extremely successful campaigns in football in 2021 and both schools will compete in football District 10-4A Div. I again. Although rumored to potentially include a new school, the district makeup will remain the same and includes Huffman-Hargrave, Livingston, Lumberton and Splendora.

In all other sports other than football, Bridge City, LC-M, West Orange-Stark and Vidor will compete in District 19-4A alongside Jasper, Lumberton and Silsbee. Jasper was added to the district for the realignment and replaces Orangefield.

The Bobcats will now participate in District 22-3A in all other sports, other than football, with Anahuac, Buna, East Chambers, Hardin, Kirbyville, Kountze and Warren.

This year's reclassification also includes the Deweyville Pirates, which will participate in football District 12-2A Div. II against Colmesneil, Evadale, Hull-Daisetta, Lovelady and Sabine Pass. In all other sports, other than football, Deweyville will participate in District 25-2A against Big Sandy, Evadale, Hull-Daisetta, Sabine Pass and West Hardin.

The purpose of reclassification and realignment is to put high schools with similar enrollments in the same classification. The districts are then reshaped as best as possible geographically.