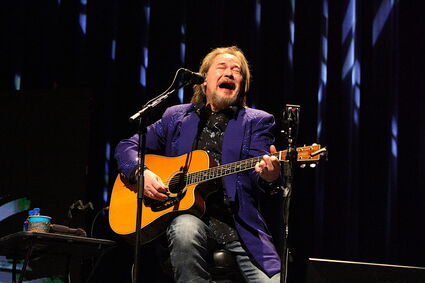 Country music star Travis Tritt performed a solo, acoustic concert in front of a near-capacity crowd Thursday night (Feb. 10, 2022) at the Jefferson Theatre in Beaumont, in what he described as being an "intimate and special evening performing in my living room with friends." Tritt pleased the country music-loving crowd with hits, gems, and surprises such as tributes to his friends and legends Charlie Daniels and Waylon Jennings. He performed a new song, "Smoke in a Bar," from his 2021 release, "Set in Stone," and plenty of well-known hits such as "Country Club," "Drift Off to Dream," "Help Me Hold On," "Anymore," "The Whiskey Ain't Workin'," "Here's a Quarter" and "T-R-O-U-B-L-E." An especially touching moment was when Tritt spoke of his upcoming 25th wedding anniversary to his wife and then he played a song he wrote for her many years ago, "More Than You'll Ever Know." 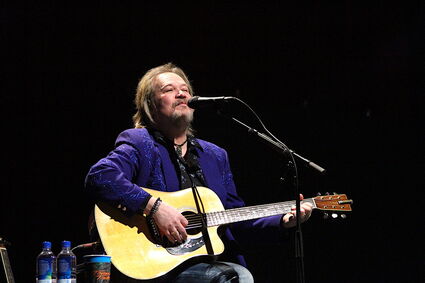