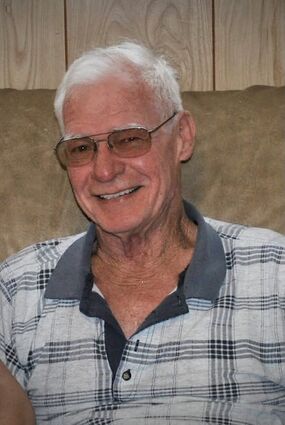 Our beloved father, Omar Kenneth “Sonny” Swope, 85, of Orange, TX, rejoined his loved ones on February 8, 2022, passing away at his home in Vinton, Louisiana.

Sonny was born in Edinburg, Mississippi on June 23, 1936, the third of four children of Iva and Frank Swope. A graduate of Edinburg High School, he attended Mississippi State University, moving to Orange in 1956.

He worked for the Gulf Oil Companies for over 30 years before retiring in 1991 as well as operating Swope’s Tropical Fish. An avid Cowboys fan, wine maker, lover of nature and a lifelong hunter and fisherman, Sonny tirelessly served many organizations including St. Mary’s School; The Boy Scouts of America Three Rivers Council and Troop 1 and the Order of the Arrow; Orange County Youth Soccer; and the Gulf Oil Employee’s Recreational Association (GERA). He served as a commissioner of the Orange County Navigation & Port District in the 1990’s.

Sonny was preceded in death by his parents and his brothers, James Swope of Edinburg, Mississippi and Ted Swope of Cedartown, Georgia.