Lady Bears to Battle for Another Softball Title 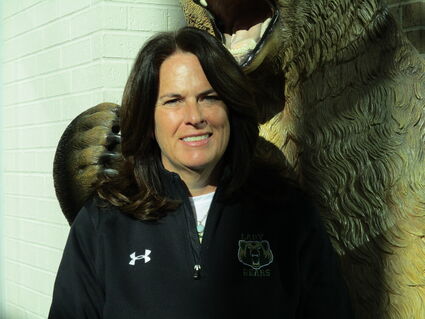 Winning is a tradition in girls softball at Little Cypress-Mauriceville. The Lady Bears are expected to be a strong contender for a district championship again this year and to advance in the post season.

Last year was another good one for the Lady Bears and Coach Dena Adkins. It was a season Adkins said goodbye to a few girls she had been coaching since they were eight-years-old including her own daughter Lakin.

Little Cypress-Mauriceville performed well as a team making it into the third round of the state playoffs before being eliminated by a very strong Huffman team. "I lost some pretty good talent, some good hitters, good infielders, and pitchers, but I think this year's team will do them justice, do them proud," Adkins suggested.

The Lady Bears return several key players from last year's team. Cami Shugart is a senior who will be a starting pitcher for Little Cypress-Mauriceville. She will also play third base and other positions in the infield.

Shae Fontenot was the catcher last year, but will transfer from behind home plate to centerfield for the Lady Bears. Adkins admitted that is where Fontenot should have been last year but the coach needed her as a catcher.

The move back to the outfield returns Shae to more familiar territory since that was her home before accepting the assignment to catch last year to help the Lady Bears. Fontenot said, "I'm excited to change my position back to outfield, I can't wait to see what it holds this season. I'm very comfortable out there, it's my happy place."

Outfielder Rhylann Wilson will be swinging a good bat again this season for Little Cypress-Mauriceville. Another strong hitter Ava Wright is expected to be a regular in the outfield as well.

Doing some pitching and playing the infield will be Jacelyn Cook. She may even do some catching during the season. Adkins informed, "I've got Ansley Moore, who played first base for me last year, and was a solid hitter as well she's also back."

Little Cypress-Mauriceville has some senior girls who will see more playing time this year than previously. Ashlynn Wilson, Kaleigh Belden, Baylee Wheeler, and Tatum Howard have Adkins looking forward to see what they can contribute for the Lady Bears.

The program at Little Cypress-Mauriceville continues to be competitive every season in softball because of the new girls that move up to the varsity and contribute. A lot of freshmen will be vying for positions on the varsity this year.

One of the leading freshman is Keylie Washburn a basketball player who will join the Lady Bears for softball when the basketball playoffs conclude. Washburn is being looked at to play third base for Adkins.

Jillian Brown and Lexis Moss are freshmen who will serve as catchers. Moss will also play some middle infield for Little Cypress-Mauriceville.

Coach Adkins does not want to jinx anybody but expects several of the Lady Bears to swing pretty good bats for her. Cami Shugart tops that list of potentially top hitters for the team.

If past history is repeated Little Cypress-Mauriceville should have a potent lineup this season. Lady Bears Jacelyn Cook, Ava Wright, Rhylann Wilson, and Ansley Moore all swung big sticks last year. Shae Fontenot puts the bat on the ball consistently to help the offense.

Like all the Lady Bears, Wright has been working on her hitting. "I work a lot on perfecting my swing, and I really hope that it works out for me. I have put in a lot of time and effort not just in hitting, but fielding also. I want to make sure everything is perfect," Wright emphasized.

The long ball has been a big part of the Little Cypress-Mauriceville offense the last four seasons with Bailey Frenzel. In practice Lexis Moss the freshman has shown she can hit the ball really hard when she makes contact and the coach is looking forward to seeing what Moss can do in game situations. It is still a tossup and will be a surprise according to Adkins who steps up to assume the role of big bomber for the Lady Bears.

The hope for the coach is she has a solid nine in the lineup, with the Lady Bears putting the bat on the ball while having some that can supply the power to drive in the runs. "I'm going to have some long ball hitters and I'm going to have some contact hitters that's going to get some base runners for me," Adkins predicted.

Pitchers have been strong over the years for Little Cypress-Mauriceville. Adkins is hopeful that will continue again this season starting with Cami Shugart the senior. Shugart pitched last year in a backup role. She did see some action in the circle during the playoffs for the Lady Bears and did well.

Pitching is so important in softball and carries with it enormous pressure for the girl in the circle. Shugart promised, "I'm going to focus on doing the best I can in the circle for my team."

Behind Shugart will be Jacelyn Cook a sophomore. Cook has been working in the circle during scrimmages in the preseason. Freshman Ella Stephenson has been impressive throwing against junior varsity teams in the scrimmages. If needed Ansley Moore can throw a few innings.

This season there may not be a workhorse in the circle for Little Cypress-Mauriceville as in previous years. Coach Adkins advised, "I think Cami and Jacelyn might be carrying the bulk of the innings during the varsity district schedule"

Expectations are always high for the Little Cypress-Mauriceville softball team, and Adkins is not lowering the goals for her girls this season. She expects the Lady Bears to always play as hard as they can and practice as hard as they can so that it carries over into the games. 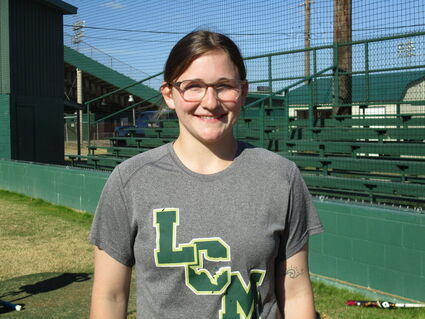 Adkins reminded that she and the Lady Bears are not playing to lose, they play to win and try to prepare to win every night. The first goal as always is to be district champions again, they are not playing for third place.

The district is always competitive for Little Cypress-Mauriceville, so Adkins knows it will take hard work by all the Lady Bears and dedication to achieve their lofty goals. "We're going to come out and do the best we can every day at practice, every time we step on the field, so we can be first in district, make the playoffs, and go as far as we can in the playoffs as usual," Adkins concluded.