By Dan Perrine
For The Record 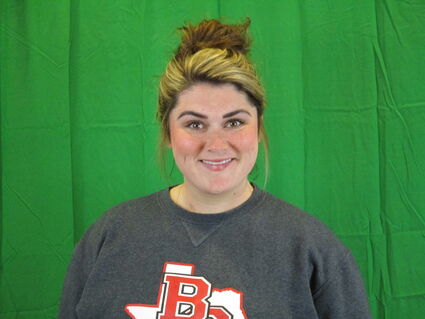 A new season has begun for the Bridge City Lady Cardinals softball team. The outlook is positive with a good group of young ladies returning this year at Bridge City.

Last year was a very good one for Bridge City. The Lady Cardinals did not really finish the district where they wanted to, but they did make the playoffs. An early exit was no fault of the Lady Cardinals as they played eventual state champion Liberty in the first round and gave the Lady Panthers as close a contest as the champions would have throughout their post season run.

The playoff battle with Liberty gave Bridge City the opportunity to see what it will take to reach that higher level. "That's our goal for this program is to be one of those powerhouse schools like Liberty, so we were very pleased with how it went. We're hoping to maybe do a little bit better this year, get a little deeper, but we were pleased with how last season went," Coach Raven Harris of the Lady Cardinals replied.

A list of returning Lady Cardinals for this season starts in the circle with ace pitcher Carson Fall who is just a sophomore. Fall is one of the strongest arms among the pitchers of the outstanding district in which Bridge City competes and for the entirety of southeast Texas.

Several seniors will lead the Lady Cardinals including Kaylyn Dosch who has rehabbed from an injury last year. Dosch is excited to be on the field again, and Harris is glad to have her back behind the plate catching for Fall.

Amaris Larkin is a roving centerfielder and is a powerhouse as the leadoff batter for Bridge City. Hannah Murchinson brings back her experience on the varsity to help the Lady Cardinals.

Junior Makenna Carey is moving from leftfield to fill a hole in the infield for the Lady Cardinals. "I feel like this year we have a really great outfield, and I hope to get on base and contribute in the middle infield, " Carey said.

Olivia Hornsby spent most of last season on the junior varsity. Hornsby is a senior and should be a big help this year on the varsity running bases and playing the outfield.

The numbers are good with plenty of Lady Cardinals to fill any holes in the lineup. Harris announced, "I've got a lot of those corps kids that will go anywhere that you need them to go, and that's been very helpful. It's been helpful to have all these kids that are just kind of willing to do whatever we need them to do."

Some younger Lady Cardinals will be mixed in with the veteran girls to improve Bridge City for this season. Freshman Brooklyn Droddy will probably be the starting first baseman.

Droddy swings a good bat and is solid defensively. Droddy indicated, "I'm a little nervous, but I feel like we're going to do good. I feel like I'm going to be able to hit some solid balls and get some good plays at first."

A sophomore Lexi Nugier has stepped up in the early practices working hard and putting in the effort to improve. This has earned Nugier the starting position at third base for the Lady Cardinals. Harris was quick to point out the addition of Droddy and Nugier makes Bridge City solid on the corners at first and third.

A backup pitcher will be junior Kaydence Corkran, and she will play a little bit at first base. "I really do have a good corps group, we are kind of still pretty young so that's very helpful for me in the next couple of years for sure," Harris evaluated.

In the first four or five games to start this season the Lady Cardinals hit more hard shots than they did all of last season. Offensively Bridge City is doing much better.

The return of Kaylyn Dosch to the Lady Cardinal lineup will be a big impact. Dosch was a hole Bridge City could not fill when she went out with an injury last year. She has showed up in the preseason and has been very productive.

One of the best leadoff hitters that Coach Harris has ever had is Amaris Larkin. She gets the job done reaching base with her super quickness running to first to beat out slow rollers and bunts.

Runs should be more plentiful for the Lady Cardinals this season. Harris predicted, "I really do think that we're going to have a lot of productivity at the plate this year. Just a lot of kiddoes coming in focused on being productive, moving runners, and scoring runs. That's been very, very good for us so far this year, I'm hoping we keep riding that wave."

Everybody in the area knows that Carson Fall is the real deal as far as outstanding pitchers. Carson revealed, "I'm just working on being efficient, just making sure nobody gets on base so we have a chance to keep them from scoring." She is doing that by striving to increase the speed and the spin on her pitches to throw the batters off their game.

Beyond being a phenomenal pitcher Fall is the epitome of the kind of kid you want in your program according to Coach Harris. Carson shows up every day wanting to get better by working hard focused on her goals. "She's got the stuff, but she's also got the work ethic to go with it so that's just been a breath of fresh air honestly to have her come and kind of set the tone for the new kids," Harris praised.

Two new Lady Cardinals will backup Fall in the circle. Kadence Corkran will probably pitch a couple of games, and Brooklyn Droddy has accepted the role as a fill in at pitcher.

The goal for the Bridge City Lady Cardinals this year is to show up each day and work hard taking every opportunity to get better according to Harris. Another hope is to provide their pitchers with a relaxed environment by giving them more run support so the pitchers have a little cushion and do not feel they have to strikeout every opposing batter.

Winning is important for the Bridge City softball program, but Harris indicated that is just part of what she wants for the Lady Cardinals. "I want to win games and I want these kids to be successful, but ultimately I want them to leave being better people understanding that it's not given to you," Harris concluded. 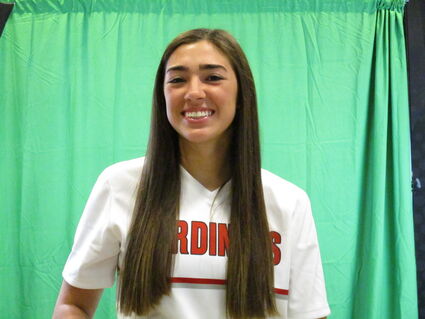 Bridge City will host its own tournament prior to the start of the district schedule. Games are scheduled for March 3-5 at the Lady Cardinals softball field.