Lady Mustangs to be More Competitive 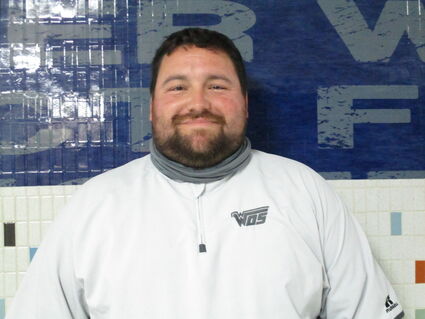 In this his first year to lead the Lady Mustangs, Robertson is pumped up. Robertson was excited when he got the news of his new job. "I know this group, this is a special group. We're super athletic, we can run, we can hit, we can field, our pitching is going to be much improved. I'm excited to take over, I'm excited to see what they do," Robertson exclaimed.

The good news for Robertson in his initial season to lead the Lady Mustang program is he does not have to find very many replacements for girls who graduated after last year. Almost all of this year's Lady Mustangs played on the varsity some last season.

Four seniors will be the leaders for West Orange-Stark. Laila Rhodes, Paris Overstreet, Katie Hogg, and Laila Mims all have varsity experience. Mims returns to the varsity lineup after missing most of last season. The returning seniors should make it easier for the Lady Mustangs to get into the flow of the game according to Robertson.

At first base Katie Hogg will be a leading contributor. She has been working to improve her bunting technique and exuded confidence on how much West Orange-Stark has improved on fundamentals through their team work enhancing the Lady Mustangs' ability to play defensively and offensively. Hogg added, "In the dugout we all, including myself, cheer on each other." She stated this has created great team spirit amongst the girls.

Two Lady Mustangs Nataleigh Sims and T'Era Garrett are the battery of pitcher and catcher at West Orange-Stark. Robertson said the two of them feed off of each other making them a great duo to battle opposing hitters.

Rayven Gales played on the varsity late last season and is much improved playing at third base. Robertson believes Ariel Farris is a little spitfire at shortstop for the Lady Mustangs. Farris can move well, she can catch the ball, and she can hit it. Robertson confirmed, "I expect a lot of good things from this group, I have high expectations for them, and I told them that, so I hope we'll do well."

Getting Laila Mims back will be huge for the Lady Mustangs. Mims missed last year and will be an asset for West Orange-Stark with her ability to cover so much ground in the outfield.

There are some young Lady Mustangs that should see playing time this season with the varsity. Two sophomores Erika Jordan and Jalynn Guillory have a chance to see time on the field for a significant number of innings.

With the Lady Mustangs being so deep with returners on the varsity it will be difficult for more than a couple of freshmen to squeeze into the lineup. One of the freshmen Trinity Rine will compete for a spot on the West Orange-Stark varsity.

The Lady Mustangs are really deep with so many talented young ladies as the season is beginning. "We're senior and junior heavy and having those seniors and juniors lead and show those young ones how to do it is going to be huge for us," Robertson reiterated.

Any success West Orange-Stark has had during the past in recent years started with hitting and that should continue for this season too. Coach Robertson expects his girls to hit the ball well and put runs on the board.

The Lady Mustang offense starts with their leadoff batter T'Era Garrett. T'Era can bunt, hit for power, hit for contact, and once she gets on base she can run.

Laila Rhodes will be a middle of the order power hitter. Nataleigh Sims can swing it and put the ball in play for the Lady Mustangs.

Pitching is so important in girls softball and that means the focus will be on Nataleigh Sims in the circle for the Lady Mustangs. Sims will be the workhorse pitching most of the innings for West Orange-Stark.

Nataleigh has gotten herself into great shape for the start of the season. During the early scrimmages Sims would throw five or six innings before telling Coach Robertson she was not tired and ready to throw more. The movement on her pitches has improved, and she is throwing the ball harder.

Another big key for West Orange-Stark pitching this season is the special connection between Sims and her catcher T'Era Garrett. "They trust one another, they can see things that I maybe can't see, and T'Era will advise Nataleigh about certain traits for different batters."

The expectations are admittedly very high for this season's Lady Mustangs. Outfielder Paris Overstreet gave her opinion of their chances. "I think we're going to do good this year. We've made more progress than we have in the previous years, and we have a great coaching staff this year." 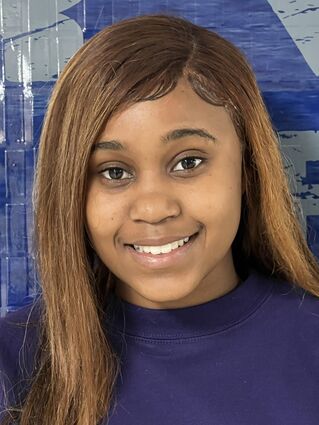 A reality is West Orange-Stark competes in a very strong district with no weak sisters among the opposing teams. The Lady Mustangs will be playing most of their district games as the underdog as far as getting a win.

Even with teams like Little Cypress-Mauriceville, Bridge City, Orangefield, Vidor, and Lumberton in their district, Coach Robertson expects the Lady Mustangs to be better this season. "I expect us to win some games, be competitive with those top tier teams. They're all so good, all so well coached, and we're going to be in for some tough games, but I think we're up to the challenge," Robertson concluded.