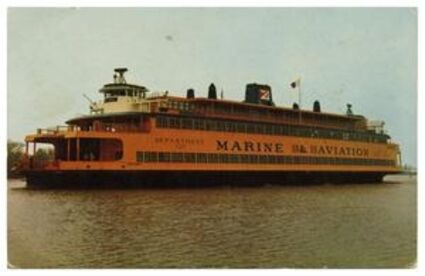 Heritage House Museum of Orange County is now helping the investors of the John F. Kennedy Staten Island Ferry research the history of the famous ferry to help in its restoration.

Last month, a group including SNL stars Pete Davidson and Colin Jost bought the ferry at auction with plans to remodel it into an entertainment venue. The ferry was built in 1965 at Levingston Shipbuilding along the Sabine River in downtown Orange. Adam Conrad, president of the Heritage House board of directors, said one of the investors, a New York City architect and developer, contacted the Orange museum to find information on the ferry. The museum has sent by email, copies of photographs of the ferry under construction and traveling on the water. 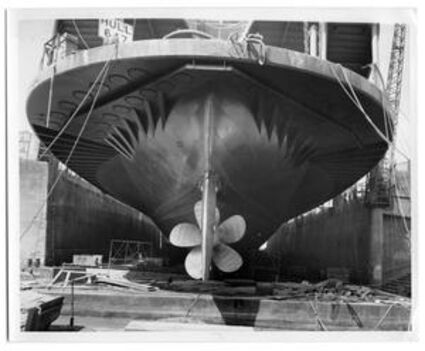 The photographs are part of the museum's vast collection of Orange County history.

The JFK was the first of three diesel-electric ferries built by Levingston between 1963 and 1965 for the New York Department of Transportation with the total cost of $11.64 million at that time (nearly $1.1 billion today).

The John F. Kennedy ferry operated as a Staten Island Ferry from 1965 until it was retired in 2021, making it the longest-operating ferry in the city's history.

Heritage House is reaching out to families to see if they have any photographs, newspaper clippings, designs, programs, or other information concerning the John F. Kennedy. The museum's email address is [email protected] The phone number is 409.886.5385.