Rejected mail ballots can be fixed 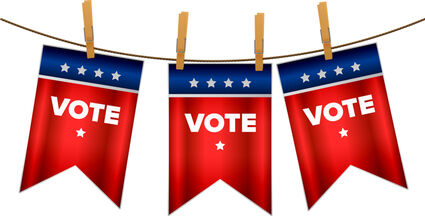 The Orange County Elections Administration has returned about 100 mail-in ballots to would-be voters in the past week because of missing or mismatched identification numbers.

The good news, according to Cheryl Bradley, Assistant Elections Administrator, is there's plenty of time to make the correction and have your vote counted in the March 1 election.

The problems could be as simple as voters not knowing that an ID number is required on the ballot return envelope.

"What I'm seeing is that a lot of people are not writing anything on the carrier envelope," Bradley said.

"There are some options:

"You can correct the mistake and mail it back to us. My turnaround on that (getting the voter's mail) has been very good, just a day most of the time;

"They can bring their mail-in ballot up here (123 South 6th St.) and we can help them correct it;

"Or they can take their ballot with them to an early voting location (open until 7 p.m. Friday) or to the polls on Election Day. They'll take them off the early voting list for that election and let them vote in-person."

Another problem, according to news accounts, is the identification numbers returned with the ballot may not match the numbers on file from when a person first registered to vote.

The state accepts driver's license (DL) or state identity card numbers for those who don't drive, the last four digits of a voter's social security number or an election ID certificate number.

A tip offered online is to include both on the ballot and its return envelope both the voter's DL or state identity number and the final four digits of the social security number to help in matching.

Changes in the vote-by-mail process are in effect for the first time since last year's passage of new state laws tightening voting processes.

Those include making it a crime for local election officials to send out applications for mail-in ballots to people who did not request them.

She said her office received only about 800 mail-in requests this year.

"Before, we kept a database and pre-filled the person's identifying information for them," she said. "But that's all changed.

"The rules are so complicated now. We're doing our best to help the voters. But nobody wants to go to jail."