Mustangs to Be More Competitive 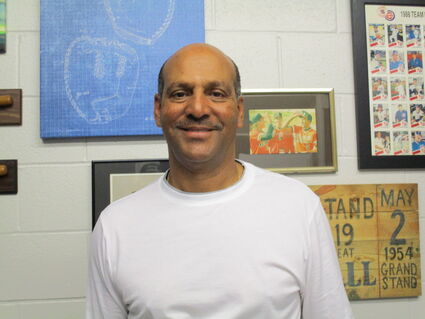 The West Orange-Stark Mustangs hope to be competitive this season in baseball. The Mustangs will be very young though with not a lot of experience coming back from last year's team.

Last season West Orange-Stark had five really good seniors to help lead the Mustangs. Unfortunately, it was a disappointing year for the Mustangs as they did not make the post season.

Coach Sergio Espinal will guide the Mustangs again through this season. He has a very young team with no seniors on the roster and only two players that return from last year's varsity who played significant innings.

As young as this group is the Mustangs are very coachable according to Espinal. "In the last couple of games or scrimmages that we've had I've seen some good things. They've over exceeded my expectations and we actually scored some runs, 13 against Kountze and 11 runs against Warren, and we won both scrimmages," Espinal praised.

The confidence gained by those two big wins has Espinal feeling good about the prospects for West Orange-Stark improving. He believes the Mustangs will compete during the season.

There are four Mustangs who did play some last year as freshmen or sophomores. Junior Carlos Calana played multiple positions in the infield at third, second, and first last season and will be doing the same again this year. Calana should see a few innings on the mound as well.

Tyrone Wilson is another junior who played substantial time for West Orange-Stark last season. Wilson played third base and pitched. He will play the same role for the Mustangs this year.

The Mustangs will be counting on Wilson to be a leader with the bat and for their pitching staff. "I think we're looking pretty good, we're a pretty good team. We're young, we've got a lot of sophomores, and no seniors. We're coming into the season ready," Wilson stated.

A sophomore Christian Anderson played centerfield in the previous season. Espinal is hopeful to be able to convert Anderson into a catcher. The coach worked with Anderson this past summer so Christian should do well at the new position. Anderson was finishing up the basketball season before joining the baseball team fulltime.

The fourth Mustang with some varsity experience is David Robledo, a junior, who did not play much. Espinal added, "He's really made tremendous improvement going into this year."

With only four Mustangs back from last year's team, Coach Espinal obviously has some holes to fill. A couple of sophomores played very little last year and could contribute this season for West Orange-Stark. Derrick Williams is a tremendous athlete who will hopefully mature and be a vital part of the lineup. The coach has him penciled in at first base, but Williams can also play some outfield.

Sophomore Zach Nation had limited playing time previously as a freshman for the Mustangs. Nation has really come on in the preseason and is playing very good. "We have him at second and also pitching a little bit, so he should do well," Espinal indicated.

The explosion of the bats in the two scrimmages against Warren and Kountze has brought another sophomore to Espinal's attention. William Lee swung a hot bat in both contests. Lee plays in the outfield and showed he has some power potential by hitting a ball out of the park in batting practice the first Mustang to do that so far this year.

One of the leaders for West Orange-Stark Carlos Calana had three hits in the scrimmage against Kountze. Calana responded, "I feel we're looking pretty good especially in those last two scrimmages. Yeah, I think we're going to do pretty good this year. We've got a good team, no seniors, but we're learning."

There is a Mustang bat that should contribute as the season continues. Espinal believes, "Tyrone Wilson is one of our best players and he is our best hitter, however, he hasn't shown it yet, but he's going to come on, I have faith in him".

West Orange-Stark has had a history of great pitchers in the past. Last year the Mustangs struggled to find pitchers that could throw strikes and get opposing hitters out. This season's pitching staff is a work in progress.

Tyrone Wilson right now is the best pitcher for the Mustangs. Wilson throws strikes. His velocity is not as good as Coach Espinal would like, but Wilson is consistent with all his pitches of fastball, breaking ball, and change up.

The rest of the pitching staff is experimental. There are a few other Mustangs that Espinal can call on to throw a few innings and those young players are getting better according to the coach.

Zach Nation is one of the promising pitching prospects for West Orange-Stark. Carlos Calana, Derrick Williams, and David Robledo will also be used on the mound. "These are some young men that really do not have pitching experience, but we need them, and they need to be team players for us to be successful and try to throw strikes and get some outs for us," Espinal analyzed.

Nobody is picking West Orange-Stark to be district champions this season. The Mustangs will be fortunate to even contend for the playoffs. They hopefully will be improving through the course of the season according to Espinal.

The Mustangs could pull some upsets this season and be more competitive in their very tough district then they were last year. Espinal recognizes there are a lot of great baseball players in the district which makes it tough for West Orange-Stark.

The goal for the Mustangs is to get better every single ball game just like they want to improve with every practice. Espinal admitted it will not be easy as he is developing pitchers, developing players, and a lot of the Mustangs had late starts to their playing baseball.

Espinal shared his expectations for the Mustang baseball team this season. "Hopefully, with the practices that we have, a real tough practice, they'll be able to compete better. They exceeded my expectation the last couple of scrimmages, and I think they keep getting better and better each day. I don't want to go overboard and say we're going to be district champs or anything like that, but we're going to be competitive," Espinal concluded.

Tournament action will prepare the West Orange-Stark Mustangs for the district schedule. The Mustangs play in the Anahuac Tournament beginning Thursday, February 24. The annual Certa-Bearden West Orange-Stark Classic will be held March 3-5 at Ronnie Anderson Park. The first district game for the Mustangs is Friday, March 18, at Little Cypress-Mauriceville.