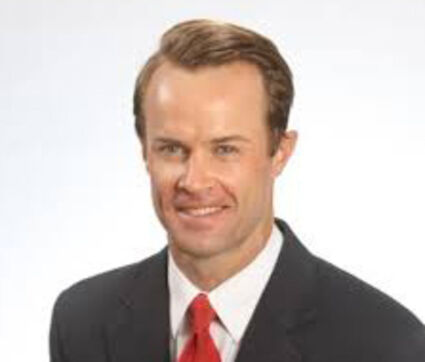 In the last half of 2021, Dade Phelan, Orange County's State representative, raised $1.5 million in campaign funds and spent about every penny of it on campaign expenses.

But the Beaumont-based Republican has no one running against him in 2022.

Talk about money for nothing.

But don't pine for Phelan, who hasn't had an opponent since 2014, the first of his now five elections to the Statehouse.

He is still sitting on nearly $5 million in political contributions, according to year-end filings with the Texas Ethics Commission.

Phelan has raked in $6.9 million in donations since Nov. 4, 2020, when he announced he had secured enough pledges to be elected Speaker of the House of Representatives for last year's 87th Texas Legislature session.

As the third most powerful person in state government, Phelan received $4,299,203 in political donations in the final six weeks of 2020.

Of course, no one can keep up with Gov. Greg Abbott as he goes for a third four-year term in November. He has collected $58.3 million since July of 2021 and had $49.8 million on hand in mid-February, his last report available on the Ethics Commission website.

Abbott had no fewer than seven opponents in the March 1 Republican Primary but -- if money talks -- appeared headed past them for a likely date with El Paso Democrat and former U.S. Representative Beto O'Rourke in November.

State Sen. Robert Nichols, the Jacksonville Republican who represents Orange and 18 other East Texas counties in his District 3, has taken in $505,000 in this election cycle while spending $523,000, according to TEC.

Nichols has a $2 million war chest from funds unspent in previous campaigns.

A Lamar University-trained engineer who's a former mayor of Jacksonville, Nichols spent about $1.5 million in winning his first election in 2006, garnering 54 percent of the vote in a four-man Republican primary.

About half of that $1.5 million came from his personal loans to his 2006 campaign, since repaid.

Nichols has never had opponents for both the primary and general elections in the same year and he's won his four elections since 2006 by at least 38 points. Nichols is running unopposed in the Republican Primary but faces Democrat Steve Russell in November.

U.S. Representative Randy Weber (R-Alvin) is running for his sixth two-year term in Congress representing District 14, which was redrawn this year to include Orange County. Weber has raised $453,328 for this election cycle, spending $443,605.

He had two challengers in Wednesday's Republican Primary, Nederland's Keith Casey and Ruben Landon Dante. Weber will face either Eugene Howard or Mikal Williams in November.

Phelan's big cash infusion in late 2020 was driven by interest groups and business owners looking for sway with bills before the 2021 Legislature.

Six of the top 10 givers were PACs, two in healthcare, one in communications and three in construction. The four individuals among the top 10 donors were presidents or CEOs of entities with state business.

The 2020 list was topped by Border Health PAC of McAllen with a $100,000 donation, followed by nine $50,000 donations and the 11th was a $49,698 in-kind donation of air travel by William "Bill" Scott, president of Trans-Global Supply of Nederland, who is also Phelan's campaign treasurer.

According to campaign filings, the Texas House Speaker picked up just over $1 million in contributions in the first half of 2021 to go with the $1.5 million donated in the second half of that year.

In October 2021, former President Donald Trump threatened to back a primary opponent against Phelan for not acting fast enough on a bill that would trigger an audit of the 2020 election in parts of the state.

Trump called Phelan a RINO (Republican In Name Only) and Allen West, then the state Republican Chairman and now a challenger to Gov. Abbott on the primary ballot, called Phelan "a traitor" for reaching across the aisle to court Democratic House members to support his election as Speaker.

Candidates had until early December to file for a place on the 2022 state ballot, which should explain how or why Phelan's campaign spent $1.5 million in the final half of 2021 and $2.4 million overall.

After spending more money on furnishings at Pottery Barn than for staff salaries in the fall of 2020, Phelan's campaign paid $731,000 in salaries and benefits to a staff of 11 in 2021.

He sent a $100,000 donation to the Associated Republicans of Texas, a PAC run by John Nau, Abbott's campaign treasurer.

Al Granger, owner of Granger Motors, was the top Orange County donor to Phelan, passing along $10,000. Casey Crenshaw, owner of Beaumont's Modern Group, and his wife Stacey each donated $20,000.

Border Health PAC donated another $100,000 to Phelan's campaign in 2021. Also on the $100K donor list for 2021 is Arch Aplin III, the president of Buc-ee's, and the Michael Porter Family Trust, Hill Country heirs to the Weather Channel founder.

In his last two election cycles (2018 and 2022 elections), Nichols has received $315,000 in donations from the Associated General Contractors of America and $300,000 from Doug Pitcock, the CEO of Williams Brothers Construction of Houston, which advertises that 95% of its $12 billion in completed highway construction projects were for TxDOT.

Oil and gas suppliers have been among Weber's biggest donors over the years. According to Follow The Money, Weber had six $10,000 donors in 2020, with Marathon Petroleum, Koch Industries and Phillips 66 among them. The others were Boeing Co., American Crystal Sugar and Majority Committee PAC.