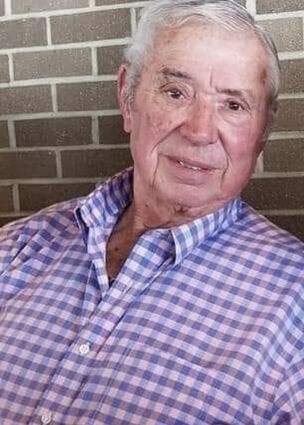 Richard John Dartez, 84, of Bridge City, passed away on February 24, 2022. He was a devoted husband, father, and grandfather.

He was born August 13, 1937, in New Iberia, Louisiana, to Mildred and Joe Dartez. Richard held tight to his cajun roots all of his life, enjoying everything associated with it. He lived in Bridge City, Texas over 40 years and created a life with his wife and two daughters. He was a proud dad who supported his children by engaging in their activities. Richard worked as a pipefitter and welder in a local refinery.

He retired to enjoy life on his ranch raising cattle and gardening. He was an avid people person and would engage anyone in conversation. He enjoyed the cajun joke of the day and shared it with others.

He was preceded in death by his father, mother, sisters, brothers, and son-in-law.

Left to cherish his memory are his loving wife of 54 years, Marilyn; daughters, Aimee and Alana; granddaughters, Peyton and her husband Hunter (honorary grandson), Nicole and Marilyn; grandson, Phillip; and son-in-law, Charles.

A celebration of life will be held at a later date.

In lieu of flowers, the family is asking for donations to an organization very dear to Richard, Catholic Charities Hospitality Center at 2780 Eastex Freeway, Beaumont, Texas 77703.