Odom estate sale has roots to the wealthy Lutcher family 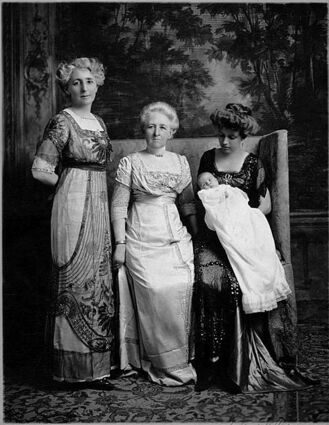 A warehouse store in Beaumont this week will have an estate sale featuring hundreds of items from an mysterious Orange mansion and roots back to the wealthy Lutcher family.

BAW Estate Sales, 1096 Calder, will be selling items from the Odom estate in Orange. The sale will be Thursday, Friday, and Saturday. Barbara Wilson owns BAW and said proceeds will go to the charitable Moore-Odom Wildlife Foundation.

The items come from the estate of Rucie Earl (R.E.) Odom, who died February 9, 2020, at the age of 87. He left no descendents and he was the only child of an only child. His grandmother, Fannye Brown Moore, was the granddaughter of Henry Jacob and Frances Ann Lutcher.

The Orange County history book "Picturing Orange" by Dr. Howard C. Williams said the Lutchers had two daughters, Miriam and Carrie. Miriam married W.H. Stark and the couple had a daughter who died when she was a toddler, and son H.J. Lutcher Stark.

Carrie married Dr. E.W. Brown and they had sons E.W. Brown, Jr., and H.J. Lutcher Brown, along with daughter, Fannye. Fannye married Rucie A. Moore of Orange in 1909 and they had daughter Brownie Babette, born on August 20, 1911, according to the book.

Baby Babette became the first child to be christened at First Presbyterian Church, built by Mrs. Lutcher, when it opened in January 1912. Fannye died of pneumonia in 1918 during the great influenza outbreak when Babette was still a child.

Babette married Frank William Odom and they had a son, Rucie Earl Odom, born March 17, 1932. They built a mansion off Old Highway 90 in Orange known as Ta-Lo. The estate has a Chinese-style gate, but cannot be seen from the highway because of a wooded area, leaving it a mystery to those driving past it every day.

Barbara Wilson with the estate sale said the sale could not be held at Ta-Lo because the roadway in and out is only one lane wide and could not handle traffic. She said though the gate to the estate is Chinese, the mansion is not. However, many items in the sale are Oriental.

Wilson has been posting photographs of items for sale on her BAW Estate Sale Facebook page. She also had shown photographs taken from the mansion, which is a two-story house with Greek-style columns on a front veranda.

Items in the sale include numerous Buddha carvings and statues, Chinese jade carvings, and European porcelains. Vases are in all styles from Art Deco to elaborate Viennese designs. A variety of items in sterling silver are for sale with one of the table flatware sets engraved with the initial "M."

The "Picturing Orange" book said E.R. and Babette Moore, along with Edgar Brown, Jr., and Lutcher Brown donated the house to the church in 1948. It was used for Sunday School classes and day school until the church had it demolished ten years later.

Newspaper stories from the time of the demolition said some items were taken to the Odom house. And if someone wants to find old newspaper articles on Ta-Lo, they can find copies at the estate sale.

The goods in the estate sale can be as eclectic as an estate sale in any neighborhood. There's a Hamilton Beach bullet-shaped rolling vacuum cleaner from the 1950s, still in the box.

On Saturday, the last day of the sale, items will be half price, except for the silver.

Wilson said she has been unpacking and cleaning the goods since August. "It's been overwhelming," she said.

Still, she plans on another sale from the estate in the future. She said she has not had time to go through the boxes of books left behind and they will be unpacked and sold at another time.

Some cowboy and western items are also among the estate sale items. R.E. Moore's obituary said he was on the McNeese University rodeo team in college and was known for his love of horses. He was a lifetime member of the American Quarter Horse Association and a gold card member of the Professional Rodeo Cowboy Association.

Odom had ranching interests in Texas and Louisiana. In addition, he was a director of several banks, including Bridge City Bank, and he had the Odom Building Company. 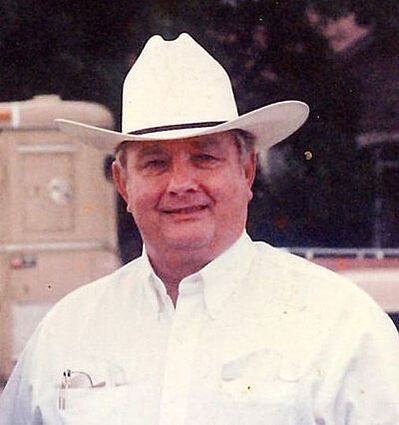 The Moore-Odom Wildlife Foundation website said the non-profit organization works to preserve pristine, or near-pristine areas along coastal areas of Texas and Louisiana. The foundation has the F.R. Preserve in Cameron Parish, Louisiana; the Cresson Wild Turkey Preserve in Cresson, Texas; and the Pannal Lynwood Sanders Mottled Duck Preserve in Orange. The foundation's tax filings from the end of 2020 show assets of nearly $12.4 million.