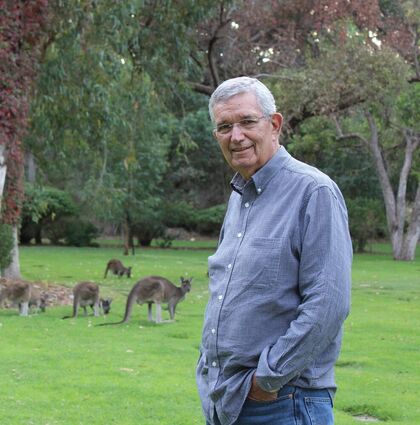 Born in Pilot Point, Texas, on July 26, 1935, he was the son of James Burnhard Prouse, Sr. and Jewell Mayde (Willey) Prouse.

JB grew up in Orange and knew at an early age he was called to be a pastor.

He was given his first small country church at 19 after he and Ann married in 1954.

He was the pastor at various churches in the Longview area for several years and then served a church in England for one year. He began working for the Department of Human Services in 1964 while continuing being a pastor.

After moving to Port Arthur with DHS, he took a church in Orange, TX where he stayed for 43 years, long after he retired from DHS.

He was preceded in death by his parents, James and Jewell Prouse; his sister, Bobbie Jean Hoffpauir; and brother-in-law, Jerry Hoffpauir.

He is survived by his loving wife of 67 years, Ann Prouse; daughters, Amy Prouse of Orange and Paige Prouse Hervey and husband Donald of Katy; grandchildren, Gabe Hervey and Addie Hervey; along with many other loving friends and family.

In lieu of flowers, memorial contributions can be made to Wesley United Methodist Church at PO Box 2187 Orange, Texas 77631.